Whitehall teenager Lenny is called up for world cup 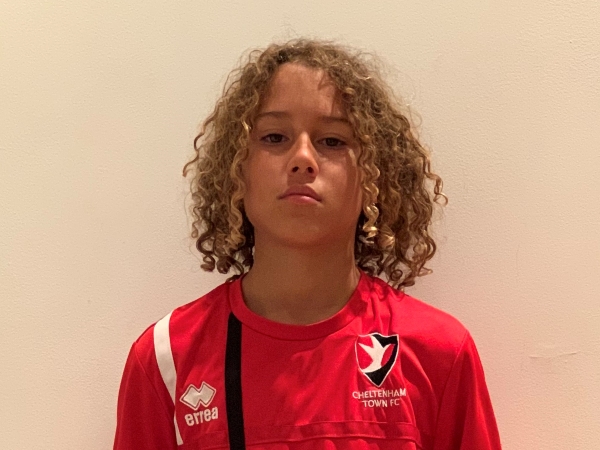 A TEENAGER from Whitehall will be representing Great Britain in the World Futsal Cup next month.

Bristol Metropolitan Academy pupil Lenny Johnson will travel to the Spanish city of Barcelona where he will compete in the fast-paced competition.

He will be joined by 11 other players, five staff and a qualified referee for the AMF youth championship tournament, which takes place from October 30 until November 3.

The 13-year-old faced tough competition to get into the squad, taking part in trials which were held across the country earlier this year.

Futsal is a variant of association football and is played mainly indoors on a hard court, smaller than a football pitch.

It is played between two teams of five players, which include the goalkeeper, and the ball is smaller and harder than a normal football.

Lenny is already playing regular football at a high standard, having earned a place at Cheltenham Town Academy playing in midfield.

Dad Reuben said: “Lenny got into the sport a few years ago through a friend who was playing futsal for Bristol City Futsal (now Bristol Futsal).

“He didn't know much about it at the time but loved that it was fast-paced with small sides and involved lots of ball control. He also likes that it's a mix of football and basketball, which is another sport he plays and has just won the national title with his school team.”

Lenny was hooked and was soon playing both types of football to a good standard.

Deciding he wanted to take his futsal career up a notch, Lenny went for trials in Birmingham in April.

Because members of the squad come from as far afield as Glasgow, Wigan and Braintree, they only get the chance to train once a month but will hopefully be stepping up practice as the competition gets nearer.

Lenny's ultimate ambition is to become a professional footballer, citing his favourite team as Manchester United and player as Liverpool's Virgil van Dijk.

Reuben said: “He would love to play for Manchester United, although he loves how strong van Dijk is and thinks he tackles really well.”

Reuben said his son was raring to go, looking forward to his latest exciting challenge.

“Lenny is really proud to be representing his country and very excited to be taking part in a World Cup. He can't wait to go.”