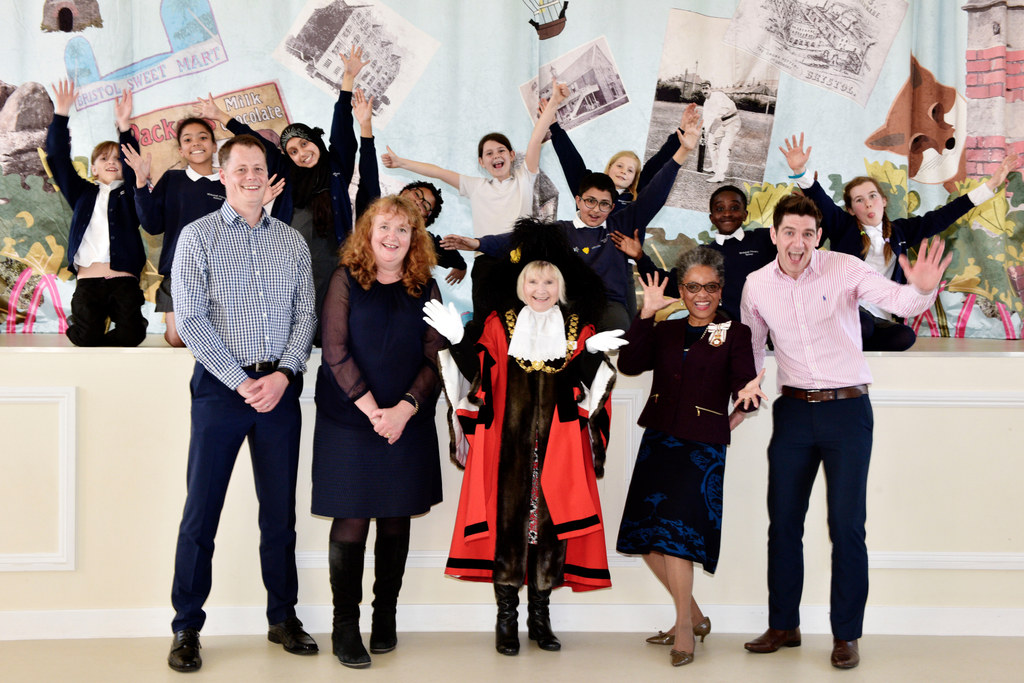 WHITEHALL Primary School is celebrating the completion of its £6 million expansion project, which will enable it to take in more pupils.

The work involved refurbishment of the historic pavilion adjoining the school and a new extension to provide extra classrooms, with the two buildings joined by a glass bridge. Existing classrooms have also been made larger, and the school has an impressive new entrance.

The project, by architects White Design, was carried out for Bristol City Council by construction firm Skanska.

It means the school can now take in up to 630 children aged four to 11. Whitehall is rated outstanding by the education watchdog Ofsted and places are in demand: the primary received 270 applications for 90 places for September 2018 and only those living within 600 metres of the school were successful.

The pavilion was built to benefit workers at the Packers chocolate factory in Greenbank. In World War One, it became a military hospital for up to 100 wounded soldiers. Most recently it was used as a social club for the Old Georgians rugby club, and it was not until the facelift began and interior walls and ceilings were removed that the original domed ceiling was uncovered and painstaking restoration undertaken.

The finishing touch is the spectacular stage curtains, which depict important scenes from the school and the area’s history.  They provided a backdrop for a celebration assembly, attended by the Lord Lieutenant Peaches Golding and the Lord Mayor Lesley Alexander.

Councillor Alexander described the celebration hall as “the jewel in the crown” of a wonderful redevelopment. Guests, staff and pupils watched a film made by children about the building and were entertained by the school choir.

Head teacher Sarah Allen thanked all who had contributed to the project. She said afterwards: “The local community has been very supportive of our expansion. The Edwardian building, which houses an enormous concert hall with stage, has an interesting history and has been used by those who have lived and worked in Whitehall for many years, we are so delighted that this can continue. Our school has been transformed by the works and the light, modern teaching spaces will be enjoyed by generations to come.”

The pavilion hall refurbishment includes a kitchen and the facilities will be available for hire by community members.

John Brennan Skanska’s project director, said: “The refurbishment of the pavilion has brought an important local building back into use, and it has been joined by a new building to create a number of bright, modern learning spaces.”

Earlier, visitors were taken on a tour of the school by 11-year-old Year 6 students Nyah and Mohamed, who said the bigger classrooms were a better learning environment. They proudly showed off the high quality wall displays and the wildlife photographs taken by pupils, and they spoke about the exciting trips and visitors that inspired their learning.

Cabinet councillor for education Anna Keen, who visited Whitehall Primary earlier in the month to celebrate its leading work with the Every Child a Reader programme, said: “By creating the right environments for young people to learn we hope to help raise aspirations. I was struck by how the new building brings the school community together and very impressed by how much the staff and children love learning.”