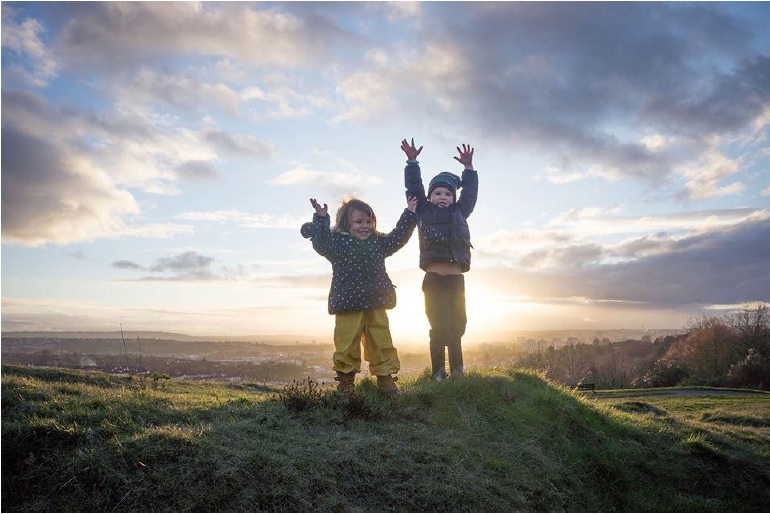 Friends of Troopers Hill are celebrating the award of £44,800 thanks to National Lottery players.

They have been awarded funding from the Heritage Lottery Fund (HLF) to protect the important natural heritage of Troopers Hill. The Local Nature Reserve in St George has 20 acres of acid grassland and heathland which is a very unusual habitat for the Bristol area. 77 bee species have been recorded on the site and over 500 other invertebrates.

The whole site is at risk because fencing along one boundary, Troopers Hill Rd, is rotting. This fence, which was installed around 25 years ago, prevents access to Troopers Hill by motorbikes which would damage this important site. Just under half the value of the National Lottery grant will be spent on replacing the wooden fencing and gates with unobtrusive, but very long-lasting, metal estate fencing and gates. The grant has a number of other components which will take the project through to early 2020.

The money will also be spent on a fungi interpretation board which will be situated near one of the new gates. This will support work by the Justin Smith foundation which aims to inspire, inform and educate about fungi and lichens. Justin Smith was a renowned mycologist who often led fungi walks around Troopers Hill.

The grant will also fund an invertebrates survey and a series of guided walks and events in 2019. For the first time on Troopers Hill there will be four outdoor learning events, run by Natural Learners Bristol, aimed specifically at adults with learning difficulties.

Susan Acton-Campbell , Chair of Friends of Troopers Hill, said: “This grant is critical to the preservation of Troopers Hill’s biodiversity. We are so grateful to National Lottery players for making this grant possible. We have been working on this project since 2017 and would like to thank all the local people who gave us their support to go ahead with the application. A big thank you to Bristol City Council, particularly the Parks team, who agreed to be our partners for this grant application.”

Friends of Troopers Hill was formed by a group of local residents in 2003, they aim to: provide a friendly community focus for people who care about Troopers Hill Local Nature Reserve in St George, east Bristol, carry out practical conservation work to help look after Troopers Hill, organise public events such as walks and talks, work with Bristol Parks to make sure Troopers Hill is well looked after.

This National Lottery grant brings the total of funding raised by Friends of Troopers Hill to over £200,000. In 2016 they raised £80,000 to pay for a new play area on Troopers Hill Field. The Friends have completed thousands of hours of conservation work parties and established a Walking for Health group, the St George Strollers in 2011. They have been awarded the level of ‘Outstanding’ in the It’s Your Neighbourhood, RHS South West in Bloom, scheme every year since 2012.