Tim's debut novel takes us on a world of adventure 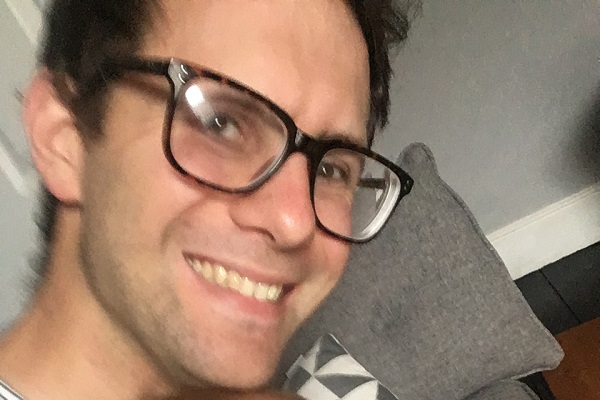 A DAD from St George has published his first book inspired by his around the world travels with his future wife.

He describes the novel as funny, heart-warming and quirky and says many of its exotic settings are just the tonic needed for the blustery month of March.

We Are Animals centres around an old hippie who has spent his life travelling looking for a woman who stole his heart - and his passport - 46 years ago.

The book takes in countries visited by Tim and his then-partner Gemma including India, Sweden, Russia, Cambodia and Poland.

The keen cyclist, who has a two-year-old son Indy, said: “Gemma and I went travelling for six months about seven years ago having saved up for about two years to be able to do it. I proposed in Peru, but didn't actually put that country in the book!

“Whilst we were travelling we wrote a blog and I'd always wanted to turn it into a book but it took me a while to come up with a plot that interwove the all countries.”

The book will be released this month as an electronic book by independent publisher Eye Books.

Tim, 33, who also writes and performs comedy, said: “Eye Books are releasing a new imprint called Lightning Bolt which is a way of trying to get new debut authors to be read. They put an e-book out first for proof that the book is selling and then the idea is that it will go into print later this year.”

Tim fitted writing around his work in finance, spending many hours looking for inspiration whilst sipping a latte in Redfield cafe Grounded.

“I've always wanted to write a book and for a while I toyed with the idea of writing a book about trying to write a book when you've never written a book but that proved to be silly!

“I wrote We Are Animals in my lunch breaks and on evenings, spending just under an hour every week day, which is why it's taken four years! I wrote a fair bit of it in Grounded too.

“I really enjoyed the process. I'm not one of those writers that starts by going back into the characters' history, I found out more about them as I went along. This meant it didn't always go how I'd imagined but I quite like that.”

Since finishing the book, Tim has managed to write another but he's staying tight-lipped about that for the moment.

His publisher has agreed to release that one too and a third once Tim gets around to writing it.

“The second one is with the publisher now and it's quite different from the first so I'm not going to say too much about it at the moment,” Tim said.

We Are Animals is available to download from Eye Books and Amazon and is priced at 99p for the next two weeks only.