Three Crowns to be flats? 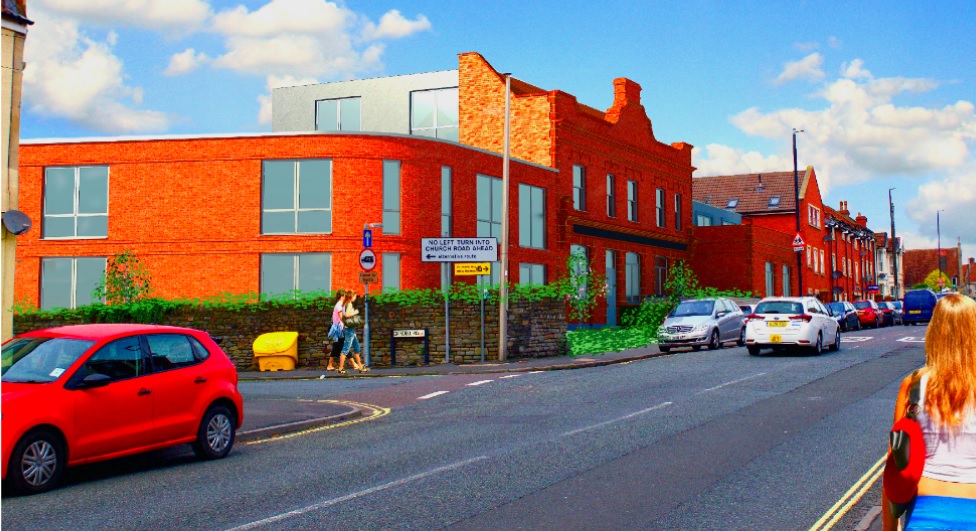 Planning application scheduled to be considered by Councillors on 4 September 2019.

Planning Application to be considered by Councillors

Cllr Asher Craig (the Councillor for the St George West Ward, which includes the Three Crowns site) has "called in" the planning application for the conversion of the former Three Crowns into housing.  As a consequence, the Bristol City Council decision as to whether the planning application will be approved will now be made by Councillors rather than by Officers (staff).  The decision will be made at a Public Meeting.

Commenting on the planning application, local resident Anthony Hannan said: “The Three Crowns in Blackswarth Road has seen the area grow up around it and has been open for more than 200 years with the current building dating from the earliest part of the 20th century.  It has been let down by the new purchaser who has applied to turn this popular community venue into flats which will also affect the surrounding property. This has disappointed local residents and much of the wider community as a whole.”

A spokesperson from Bristol & District CAMRA’s Pubs Group Committee added:  “the immediate area has lost its pubs in recent years such as the Hop Pole and the Hauliers Arms which are both now residential dwellings. Other community pubs that have disappeared over the last few years in the area include the Three Horseshoes and the Don John’s Cross which are both now flats and the World's End which is being converted into flats. If the Three Crowns is not restored as a pub, locals will have no nearby pubs to visit off the main drag of Church Road."

The planning application for the former Three Crowns public house on Blackswarth Road has been heaving criticised in responses sent to Bristol City Council.
Responses to the consultation on converting the site to housing, with no car parking, include these statements from a variety of people:
"This asset should remain as a pub - it offered something different to the many others on Church Road. To save this pub and ignore the pressure from money-hungry developers would show they cannot just steam roller who ever they want"
"This establishment was a thriving community establishment which became victim to the demise of its holding company which was then sold to property speculators who have no interest in the amenities in the area."
"The development needs to provide car parking spaces and it is unrealistic to imply that there won't be one car per dwelling."
"Bring the pub back, it was quiet and never any trouble. Flats would be a nightmare and worry about value of property decreasing. "
"Out of town developers should not be allowed to destroy our local community."
The detailed response from St George Community Network Development Group included "we are very concerned about the failure to provide parking for the residents of the flats".
For the latest news on the planning application see: www.stgeorgeandredfieldvoice.co.uk/threecrowns

A planning application has been submitted to Bristol City Council for the former Three Crwons Public House on Blackswarth Road to be converted to housing.

The application is seeking both a change of use and an extension to the existing building.  The proposal is for nine flats.

A document submitted to Bristol City Council with the planning application explains:  "This application seeks the change of use and extension of the public house to provide nine residential flats comprising three flats with 2 bedrooms, and six flats with 3 bedrooms over ground, first and second floors.  Four flats would be located on the ground floor, with four flats on the first floor and one flat on the second floor.  All of these flats would be generously proportioned, providing a spacious and uncluttered living arrangement, all with dual aspect to maximise the opportunity for natural light."

The application includes provision for 18 cycles, but no provision for parking cars.  A document with the planning application explains "this site is in a very sustainable location such that the need to travel by private car is reduced" and "it is quite clear that there is sufficient on-street parking available to cater for any provision required by the development proposals." 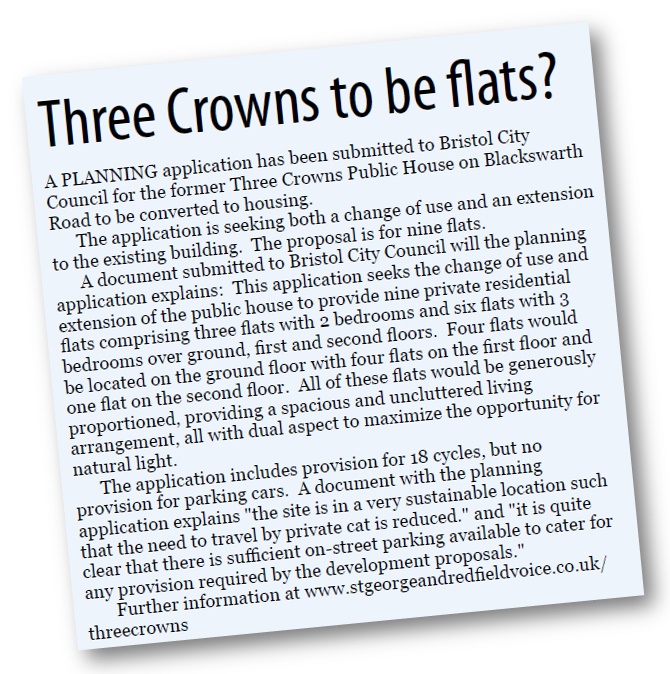 In our September 2017 edition, we reported that the Three Crowns, on Blackswarth Road, succeeded in becoming an Asset of Community of Value status, protecting it from development for five years. 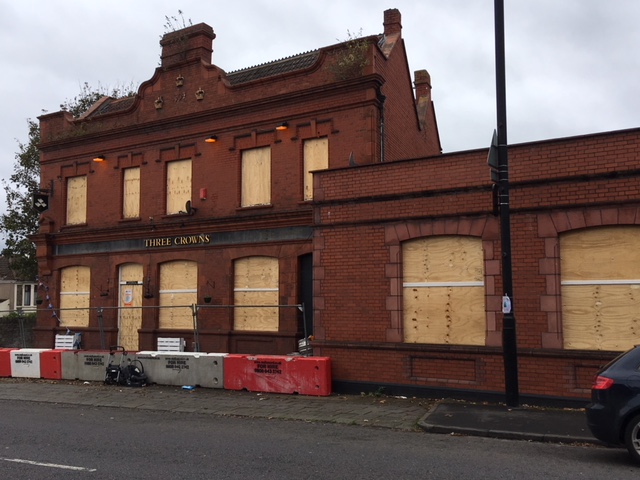 However, despite the community's efforts to help save the pub from closure and redevelopment, the Three Crowns sadly closed its doors for the last time on the 8th October.

Landlady Ash Bird told the St George & Redfield Voice that after the freehold of the pub went into liquidation in September 2016 she was not allowed to renew the lease or continue paying rent.

The sad news comes just three months after the pub, which has been trading since at least 1828, suffered a break-in costing over £5,500.

Ms Bird, 32, said: "It is with the saddest regret that we have been forced to close. The current landlord will not accept any form of rent, not offer a new lease or get the pub valued so the community can buy it. Now an asset to the community has been closed and a thriving and viable business has been shut down.

"The pub was home to Bristol County Pool teams and hosted regular pool tournaments with teams coming from all over the South West to play. All the locals and pool teams are angry with the closure."

Ms Bird and the community had previously fought against plans for the pub to be developed into flats. A local campaign group, 'Save the Three Crowns', has launched a petition where people can show their support for the re-opening of the pub.

St George West Councillor Asher Craig, who supported the ACV application, said: "I was very disappointed to learn that the Three Crowns has had to close for now despite efforts by the staff and customers to secure the pub as an Asset of Community Value.

"I have had the opportunity to meet with the landlord and customers of the Three Crowns, which is considered an important community asset and well used by both the local and wider community. A lot of hard work has been put in by locals to protect the pub from being sold off and listing the Three Crowns as an Asset of Community Value will enable the community to raise the funds to buy it.

"I understand that the staff are continuing with their application to Historic England to have the building listed and I will continue to work with the Three Crowns staff and customers in their efforts to keep the pub in the hands of the community." 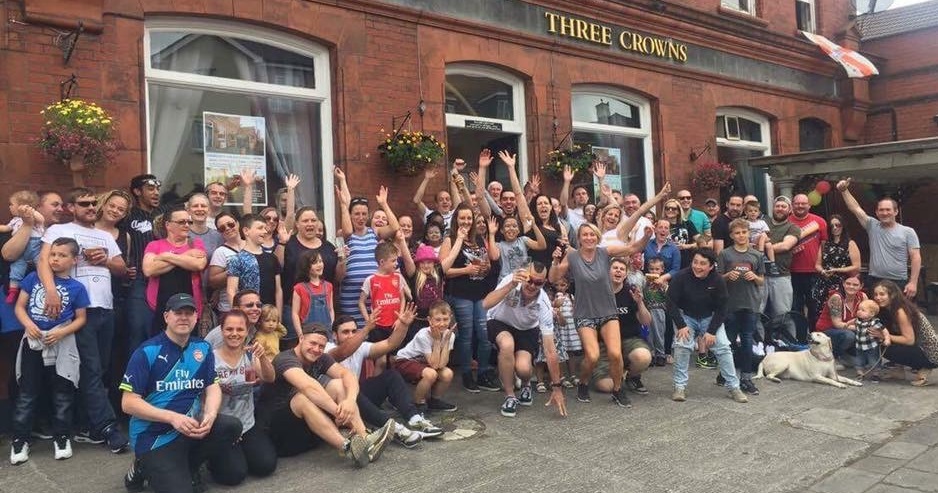 Ms Bird added: "We are hoping the community can buy the pub and I would love to carry on running it and continue to make it thrive. Myself and the staff would like to thank everyone who has supported us and for all your custom. We will be going to work at our other site for the time being, hope that we and the 'Save The Three Crowns Group' group can still campaign to reopen The Three Crowns in the future.

"We need people to write into the council and complain and object to any planning permission and sign the petition. Our aim is for the community to buy the pub and save it."

You can find the petition at: www.change.org/p/asher-craig-save-the-three-crowns-blackswarth-rd-let-s-get-this-community-pub-re-opened [petition now closed]