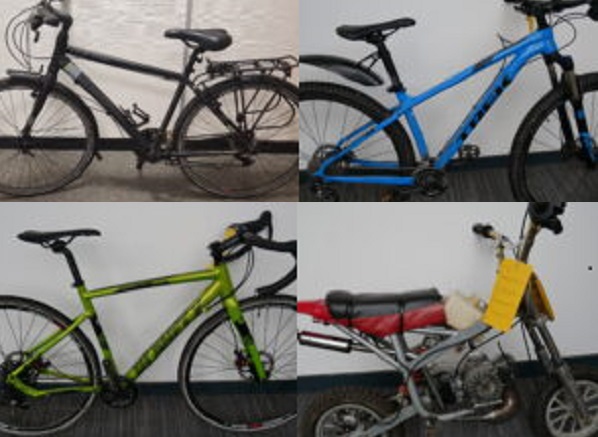 THREE teenagers have been arrested after people selling bikes and motorbikes online were targeted for burglaries.

Officers from the anti-burglary Operation Remedy said the teenagers had been arrested in connection with a "significant number" of bicycle and motorbike thefts across Bristol, South Gloucestershire and B&NES over the past year.

A police spokesperson said: "Officers believe online selling sites and social media platforms have been used to identify high value bicycles and motor bikes for sale, whereby sellers have shared their address and details of their whereabouts with prospective buyers.

"The majority of the burglaries reported have occurred shortly after victims have disclosed these details and whilst they were away or at work."

Police seized 13 bikes, motorbikes and frames which they believe are stolen. They are now trying to identify them and reunite them with their rightful owners.

Inspector Andy Peppin, of Operation Remedy, said: "Nearly all of the thefts have occurred following the victims sharing their address and movements with individuals they believed to be interested in buying their bikes.

“I cannot advise members of the public strongly enough to never disclose any personal details – particularly your home address and movements – when attempting to sell bikes or other belongings online."

Police are also advising sellers not to share bank details, to only meet potential buyers in a "neutral" location, ideally with CCTV or a public location.

They are also reminding bike owners to keep them locked, preferably in a secure storage place, to get them securely marked and registered and to record the frame number and any distinguishing features.

sgrvoice RT @AvonFireRescue: Today at midday, staff throughout the Service will pause to commemorate of the dedication, commitment and sacrifices of…
8 months, 2 weeks ago

sgrvoice Find out how you can help reduce air pollution- event at Summerhill schools this afternoon: https://t.co/fMiYGusUss https://t.co/1pSUobBjS0
10 months, 2 weeks ago