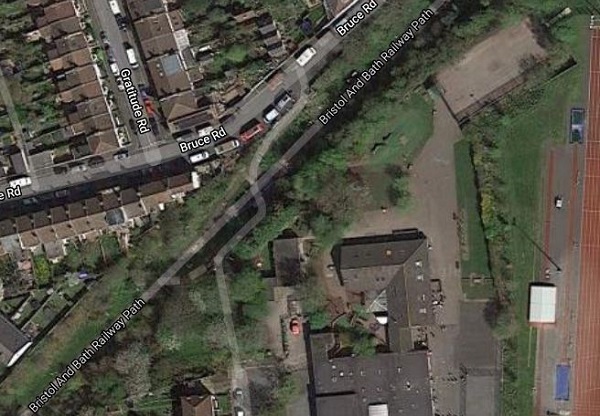 A SURVEY has provided a snapshot of how the Bristol and Bath Railway path is used.

Transport charity Sustrans carried out the survey using video cameras to record pedestrian and cyclist movements on the path at one of its busiest points, near Whitehall Primary School (above).

It was carried out on weekdays and weekends in the summer and winter of 2018 and 2019.

Data from the survey has been presented to people using the Bristol & Bath Railway Path – OnePath Facebook group after work to turn it into graphs and tables by data analyst Adam Reynolds, who was asked to study it by Sustrans south area director James Cleeton.

Weekday use by pedestrians peaked at school opening and closing times, while cycling peaked just after 8am and 5pm. At weekends cycling peaked around 11am and 3pm, while pedestrian numbers were spread more evenly, with several peaks.

Sustrans is currently carrying out a £1.1 million scheme to improve the path on its busiest stretch as it passes through Whitehall, Easton and Lawrence Hill, with new designs for some of the busiest sections.

Mr Cleeton said the data “highlights the peaks in use at commuting and school run times, and confirms that there are some people who travel along the path at particularly high speeds”.

He added: “The volume data confirms the path’s popularity, particularly amongst people riding bikes. However it is only a picture of use in a short section of the path at Whitehall and doesn’t reflect how we’ve heard it is used along its whole length.

“It is also not representative of the people who want to or could use the path; many people have told us that they are put off walking on it because they don’t feel safe doing so.”