Stress for families as secondary school plans hang in the balance 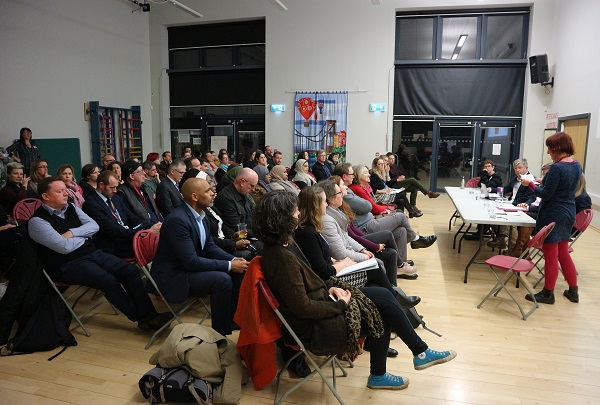 PARENTS have been told they may have to wait more than three years for a desperately-needed new secondary school for East Bristol.

Plans to provide a new 1,600-place school, to be known as Oasis Academy Temple Quarter, are currently awaiting permission.

A series of delays means that the school, originally slated to open in 2018, will not now be built as part of a major redevelopment on Silverthorne Lane, next to the Feeder Canal, until 2023 at the earliest.

Around 50 parents have written in support of the development which includes the school - and more are being urged to write to the council by March 11. But the scheme faces possible objections from the Environment Agency over flooding concerns and the Council for British Archaeology and Historic England over changes to some of the historic buildings on the site.

Parents say a school needs to open by 2021, on a temporary site before the new buildings are finished, to prevent overcrowding at other secondaries as children who are part of a “bulge” in the population reach 11.

Frustrations were expressed at a meeting attended by around 70 people at the Redfield Educate Together primary school in February.

The meeting heard that nearby secondaries, including Bristol Met, Bristol Brunel and John Cabot academies, were taking more pupils than their published capacity.

Parent Jenny Grinsted of campaign group BS5 Secondary Education Forum, pictured above addressing the meeting, said the city needed to create 18 new year seven forms to accommodate a generation of children, including her own son, with the population bulge becoming “critical” by next year.

She said: “Not only will they miss out on the opportunity to go to this amazing school that has been promised to our community since 2017, but if that school doesn’t open, it will put pressure on existing schools in East Bristol because they will have to expand to take large numbers of extra children.

“I’m not knocking the amazing work done by our existing schools but we wanted and need a new school.”

Council cabinet member for education Anna Keen said there had been a delay of two years between the green light from the government for a new school and a planning application for the school, which had to be approved at the same time as plans for office and commercial buildings, 400 new homes and accommodation for 750 students on the same site, which had “significant planning issues”.

A redesigned planning application, which was submitted by developers Square Bay on the day of the schools meeting, is expected to be considered by a council planning committee on March 18.

Ms Keen said the scheme was at a “critical point” and that while it was possible children could start learning on a temporary site before the school building was finished, it would have to be one that was safe for children to use.

Square Bay managing director Markham Hanson called on parents to come to the committee meeting and “let the city know that you are behind the scheme”. He said it was not possible to separate building the school from developing the rest of the site without adding to the delays.

No-one from Oasis was at the meeting, which was told the provider felt it was not appropriate at this stage of the process.

Comments can be made on the plans here.