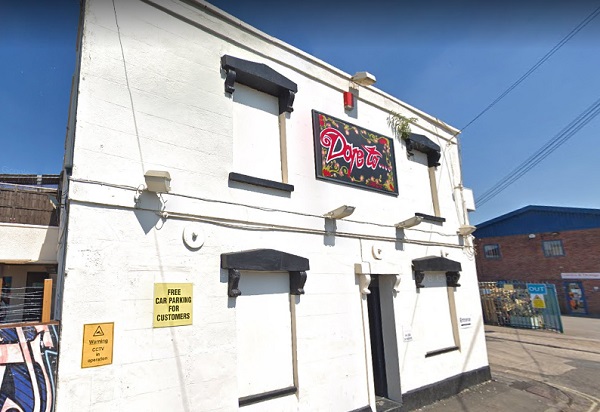 A SEX club in St Philip's has won a permanent licence despite a councillor raising concerns over the owner’s criminal convictions.

Dare To private members’ club in Alfred Street had been operating for the last two-and-a-half years under temporary event notices.

But Bristol City Council’s licensing sub-committee gave the club, based in a former pub on an industrial estate, a premises licence at a meeting in November after hearing director Cheryl Brice, 40, had been granted a personal licence by South Gloucestershire Council and now has a “good working relationship with police”.

In February, police objected to an all-night dance party at the venue because of Ms Brice’s string of convictions, including an 18-month prison sentence imposed in 2012 for possessing cocaine worth more than £19,000 with intent to supply. She also had convictions for drink-driving, driving after taking drugs and, in August last year, driving while disqualified, for which she was recalled to prison and released on January 10 under a curfew.

But councillors had allowed that event to go-ahead after being told it was “essential” for Bristol’s transgender community and the venue had a “zero tolerance on drugs”.

He said Ms Brice’s application for a premises licence at Dare To was endorsed by groups including Trans Pride South West and Save Bristol’s Nightlife because it provided a “safe and inclusive place for marginalised groups who don’t naturally find a home in more mainstream venues”.

Mr Warne accepted that the police representation to the panel included an allegation of a serious sexual assault at the premises.

He added: “The woman who made the allegation is known to Cheryl. The woman still attends the premises, so she obviously does not have a concern about the way the premises are managed or the way it managed her incident.”

Councillors excluded the press and public to hear representations from Avon & Somerset Police behind closed doors.

When the meeting reopened, sub-committee chairman Cllr Fi Hance said they were granting the premises licence application to serve alcohol from midday to 6am daily, subject to conditions.

Fellow Green Cllr Paula O’Rourke said: “We were reassured there seems to be a good working relationship with the police.”

But the panel’s other member, Conservative Richard Eddy, said: “The decision today was a majority vote. I voted against on the grounds I felt the applicant’s previous police record made her unsuitable as a designated premises supervisor.”

Members set a capacity of 160 people inside the club.