Residents get stuck in to Railway Path redesign 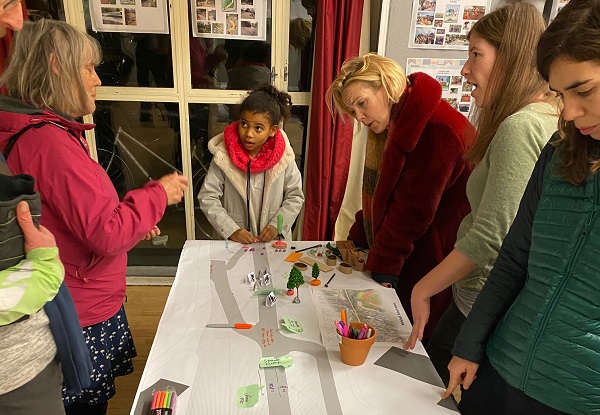 PEOPLE who use or live near the Bristol and Bath Railway Path have been helping to redesign it.

Transport charity Sustrans has been given £1.1 million to improve the busiest stretch of the path and is inviting everyone from commuter cyclists to pedestrians and wheelchair users to have a say in how problems and conflicts can be sorted.

City councillor Ruth Pickersgill said improvements were needed as some residents no longer felt safe on the path.

In November three community "co-design" workshops were held at venues near the stretch of the path which has been earmarked for improvements, from Whitehall and Easton, above, to St Philip's.

People were asked to suggest ways the path could be improved at five key areas: the bends at Clay Bottom, by Whitehall Primary School, Easton Community Centre, Russell Town Avenue and the underpass below St Philip's Causeway. 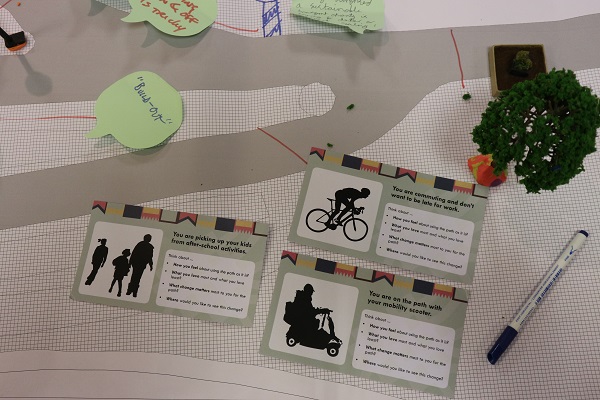 People at design meetings were encouraged to put themselves in the place of other path users.

As well as adding suggestions to hands-on maps of the areas, people at the workshops were encouraged to put themselves in the place of other path users.

Sustrans will now take the ideas away and come up with designs which can be refined with the public's help at more workshops, which will take place at the Rose Green Centre in Whitehall from 3.30-7pm on December 9 and at Easton Community Centre from 5-7pm on December 10.

People who cannot make either workshop can give their ideas online . Sustrans has also visited community and interest groups to ask for their input.

Redesign project manager Alex Bottrill said: "All of the design ideas on maps were photographed, and will be used by the design team to develop the designs, creating options to present at the next ‘co-refine’ sessions. Alongside the design meetings, members of the design team have been working hard to make sure we gather a broad range of views about how the path can be improved.

"More than 140 people have taken part in the community workshops so far, and a similar number have got involved online. The Bristol and Bath Railway Path – One Path Facebook group has grown rapidly since the project began and now has almost 900 members.

"We have been busy meeting with disability groups, walking and cycling groups, sharing resources with local schools, older people’s groups, and working with a network of community connectors, with the support of Bristol City Council, to increase involvement and representation from the whole community."

He said the project team would continue to welcome any further thoughts on improving the path. 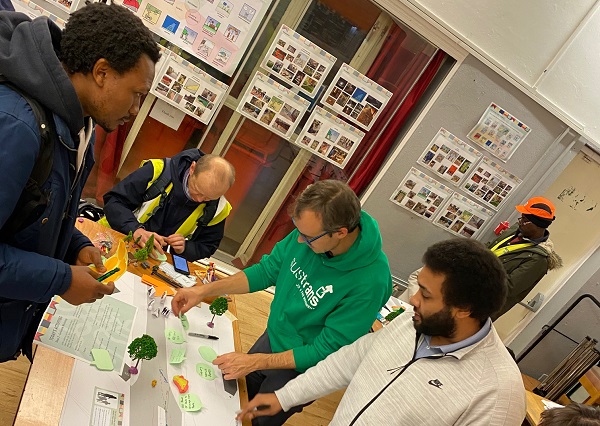 Councillor Pickersgill, who represents Easton ward, said: "I have seen the path change over the decades from one that was full of children and families walking, cycling and enjoying the green space, to one where many local residents –particularly those with young children, disabled and older people – are fearful of using it during the busiest times, due to the speed and behaviour of certain cyclists.

"Most local residents I meet feel that the path in Easton is rightly designated as a ‘park’ rather than a ‘highway’ and that we need to find ways to make it feel like that again.

"I would like to see the redesign including signage and infrastructure changes that make it clear it is an urban park and a shared space, and that children and frail adults may be using it and should be able to do so at their own pace in a safe way.

"I really commend all those who use cycling as their chosen method of transport for environmental reasons and to reduce congestion but I believe, as motorists now have to reduce their speed to 20mph in many built-up areas of Bristol, there should be a low speed limit for cyclists in this part of the path.

"My dream would be that it becomes safe enough for all children to walk, scoot or cycle to their nurseries, children’s centre and schools along the route, thus eliminating the need for all those school-run car journeys that add drastically to air pollution in the area and compromise children’s safety, and that it becomes a truly shared space which the whole wide range of residents in the area feel they can safely use." 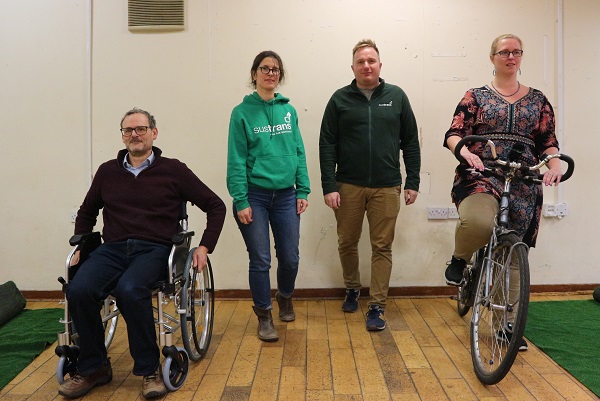 Member of the public Nick Davies and Benedicte Dubiez, Alex Bottrill and Han Brittain of Sustrans demonstrate the problems of fitting pedestrians wheelchair users and cyclists in to a narrow section of the path.