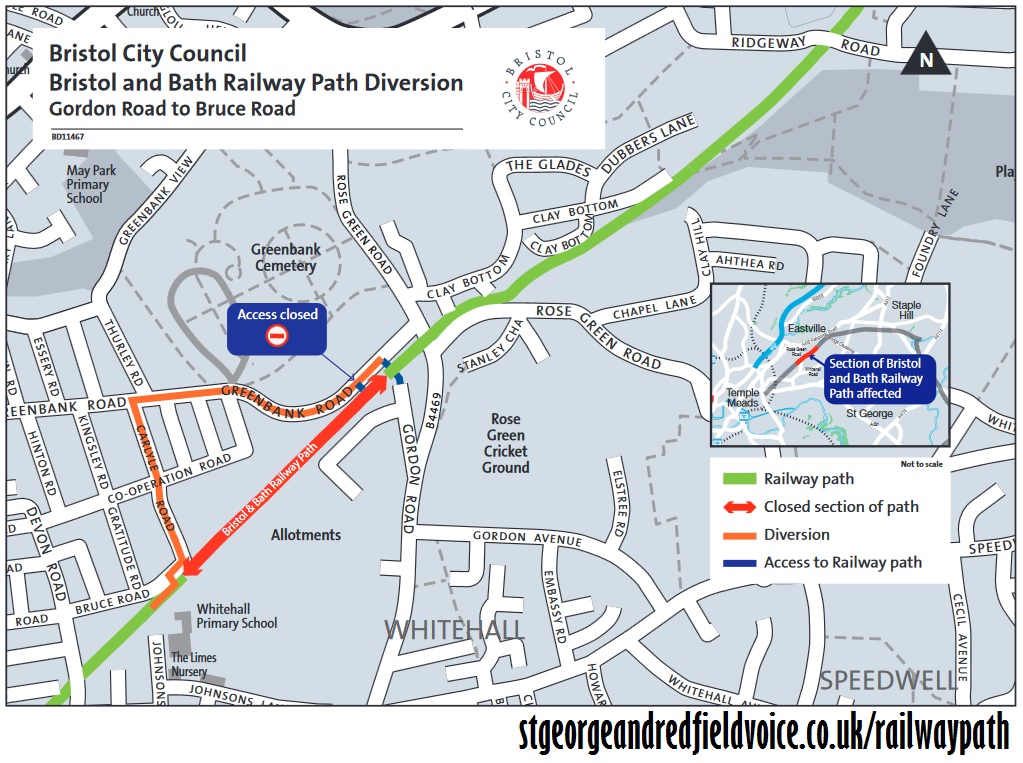 Information and updates on the Bristol & Bath Railway Path ...

The repair works schduled for this week between Gordon Road and Johnsons Road / Bruce Road have been delayed to week commencing 8 July.

Avon and Somerset Police is appealing for witnesses following a robbery in Bristol.

A 29-year-old man was approached by a group of young people near to the junction of Easton Road / Lawrence Hill, sometime between midnight and 1.15am on Friday 7 June.

During the incident, the victim was punched in the back of the head and threatened with a knife by one of the group.

The victim, who had his wallet, mobile phone and house keys stolen, suffered minor head injuries.

The police are particularly keen on speaking to a cyclist who they believe may have seen the incident and may be able to help with their enquiries.

If you were in the area at the time and saw this incident, or if you have information that can help the investigation, please call 101 and quote reference number 5219126676.

The Bristol and Bath Railway Path will be closed between Gordon Road and Bruce Road / Johnsons Road for up to two days during the week beginning 10 June 2019.

This is so the Council can carry out resurfacing work to put right problems with the newly laid surface.

There will be a signposted diversion around the closed section of path.   You can view the diversion route here [.pdf]

Sections of the Bristol & Bath Railway Path have recently been resurfaced.  A large section between Gordon Road and Bruce Road / Johnsons Road was resurfaced/  In addition, repairs have also been undertaken on other much smaller sections of the popular route.  Concern has been expressed, however, at the quality of some of the work.  There has been criticism that the new surface is uneven.  The smaller repairs are a higher level that the path either side of it, resulting in short raised sections of the path creating an uneven surface.

A Bristol City Council spokesperson told the Voice, "The previous repairs to the surface of the path have been accepted as sub-standard by the contractor and work to bring it up to the required standard is planned for the middle of June."

The closure is so that the Council can remove tree roots from the surface of the path and lay a new surface.

You can download the diversion route map from here.  Further information at: www.bristol.gov.uk/railwaypathclosure

A 15-year-old boy has admitted carrying out three robberies on the Bristol and Bath Railway Path last summer.

The boy, who cannot be named for legal reasons, appeared at Bristol Magistrates’ Court on Monday 11th March where he pleaded guilty to the robberies as well as one charge of obstructing a constable from carrying out their duties.

He was given a 12 month referral order and was told to pay his three victims compensation.

The robberies took place on the Railway Path on 15th, 16th and 17th August.  The victims, aged 28, 31, and 32, were all forcefully knocked to the ground before their bikes were stolen. The 28-year-old man and the 32-year-old man were also physically assaulted.

Investigating officer PC Richard Walmsley said: “The attacks would have been a terrifying experience for the victims who were simply using the cycle track on their routine commute home.  They each suffered significant injuries and I hope these convictions provide some comfort to the victims as they continue to recover.”

Sergeant Jim Wilson, of the Bristol East Neighbourhood Team, said: “We are committed to tackling people causing harm within our communities and making the Bristol to Bath Path a safe place to use for all.  The local neighbourhood team continues to patrol the pathway and if anyone sees any groups or individuals acting anti-socially or feels intimidated, please call 101 or 999 if a crime is being committed.”

A man has been jailed for six years and six months for robbery and fraud.

Thaberi Sadiki Francis, 25, of no fxed abode, was sentenced at Bristol Crown Court on Friday 25 January.

The oﬀence happened at about 7:00pm on Monday 14 May 2018 on the Bristol and Bath Railway Path in Whitehall. A man punched a woman and stole her bike and bank cards, leaving her with a black eye.

The cards were used soon afterwards at various shops in Bristol.

Avon and Somerset Police have said that people can fnd advice on personal safety while exercising outdoors as part of its #JogOn campaign; visit: www.avonandsomerset.police.uk/news/2019/01/getting-fit-for-2019-you-need-to-jogon

Bristol City Council authorised the temporary wooden panels to be erected alongside the Railway Path. Asked in a Freedom of Information Act request if there had been any consultations prior to the hoarding being erected, the Council responded that "There was no consultation specifc to this strip of land where the hoarding is. However, the redevelopment of the former Elizabeth Shaw Chocolate Factory site would have been subject to comments as part of the planning application process."

While the Bristol & Bath Railway Path is a major cycling and walking route, it is technically a park and has been described as a 'green corridor'.

The Council has required the developer to fully reinstate the fenced oﬀ area to the standard it was found in. Photographs taken of behind the blue hoarding show that the undergrowth has been cleared. The proposed end date for the hoarding is 19th May 2021.

The Railway Path was closed between Johnsons Road / Bruce Road and Gordon Road / Greenbank Road from 18th to 22nd February for resurfacing and tree works alongside the chocolate factory site.

Bristol City Council is reporting that the Bristol and Bath Railway Path will be closed between Gordon Road and Bruce Road / Johnsons Road from Monday 18 February to Friday 22 February 2019 to carry out some essential tree works.

The tree work is taking place in the area opposite the Chocolate Factory in Easton.

A diversion will be in place; the diversionary route is shown above and also available at www.bristol.gov.uk/railwaypathclosure - you can download the map from here.

The council’s tree team will be removing three willow trees and one poplar tree which, on recent inspection, need to be removed as they are unstable, in decline or have defects which are significantly weakening the trees.  Seven other willow and poplar trees are being removed as their roots are starting to damage the path, making it unsafe for cyclists and pedestrians. Work will take place later in the year to repair the damage already affecting the path.  Alongside this, five large willows are scheduled to be pollarded. This involves cutting off the top and branches of a tree to encourage new growth at the top. These will then be put on a regular pollarding cycling every four to six years, depending on regrowth.

Other minor works to remove parts of the tree canopies touching buildings will also take place.

Councillor Asher Craig Deputy Mayor with responsibility for parks, said: “We understand that the path is well used and we do not take the decision to close it lightly.  However, we have to prioritise the safety of people using the path, and root damage to the path’s surface is starting to make it increasingly broken and uneven.  We apologise for any inconvenience caused, and assure people we will endeavour to get this work done as quickly as possible.”

Later in this year there will be a rolling closure of sections of the path to resurface it and repair where it has been damaged by tree roots. This is being left until late spring/early summer, as the new surface is easier to lay and less likely to crack in the warmer weather.

The blue hoardings have had a series of messages sprayed on them, including “Land Theft”.  It is unknown how long the hoarding will be in place, or whether the developer will be required to restore trees and bushes to the area after their use.

We reported in our January edition that there was to be a series of closures of the Bristol & Bath Railway Path and diversions to accommodate major repair works.   These works have been delayed.  We will provide information on the proposed temporary closures through our social media accounts when this is available. 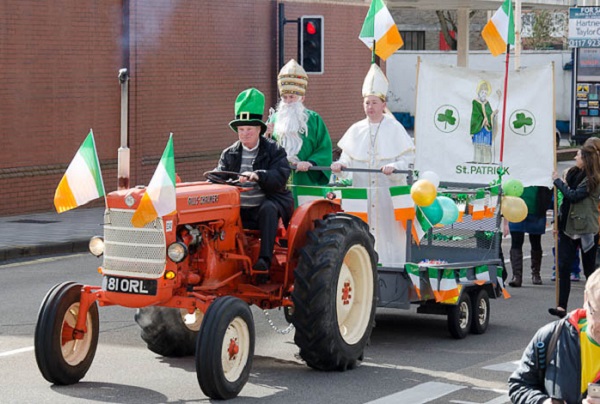 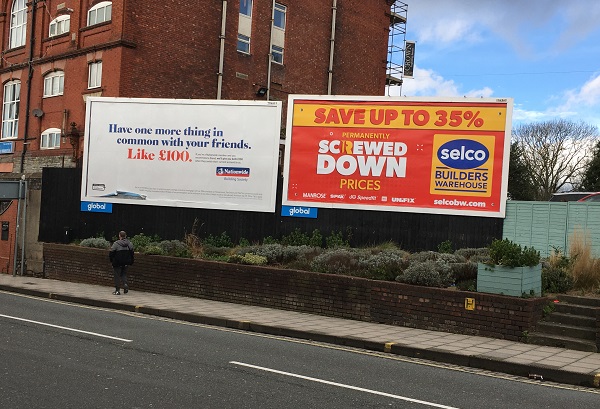