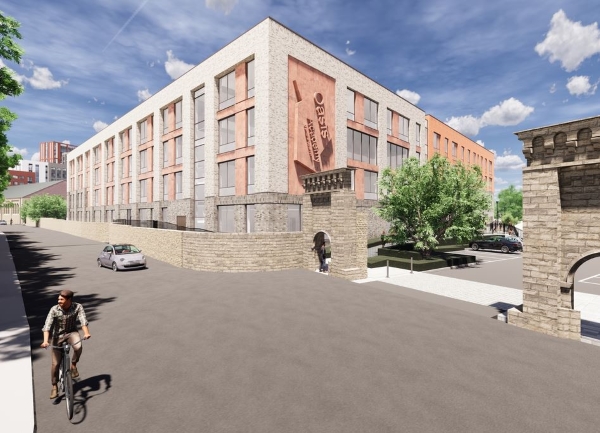 A MUM is urging parents to support a planning application for a new secondary academy to serve east Bristol, saying there will be a crisis in education if it is not built.

Jenny Grinsted, who lives in Whitehall, says it is vital that parents with children in Key Stage 2 support the application, whether or not they would want their child to go there because if it is not built it would impact upon schools across the whole district.

Proposals for the Oasis Academy Temple Quarter in Silverthorne Lane have already been delayed three years.

Meanwhile, predictions show that there is a shortfall of school places in the area of at least 200 every year for the next few years.

The application is part of a scheme to regenerate the Temple Meads area and includes 367 homes, student accommodation, offices, restaurants and cafes.

An Education Supporting Statement, which forms part of the application for the school, states: “The shortfall of secondary places is not evenly distributed throughout the city and there are several areas facing significant shortage including the Ashley, Easton and Lawrence Hill ward, the location of the proposed Oasis Academy Temple Quarter (OATQ).

“The increase in pupil numbers can be further evidenced by the growth in children attending schools in the East Central area of the city. Already numbers in secondary schools have risen from the current Year 11 with fewer than 650 pupils to the current Year 7 which has more than 870. Schools in the area are now having to take above their Admission Number to accommodate local children, a situation which is unsustainable.

“Oasis Academy Temple Quarter was originally intended to open in September 2018 and has already been delayed by three years. We can't afford for it to be delayed any longer.

“I've been told that parent comments on the planning application emphasising the urgency of the situation are going to be critical in ensuring the school doesn't suffer further delays. I'd encourage anyone with children in Key Stage 2 to comment and let the council know how urgent the situation is.”

The deadline for comments on the plan is September 17 and more details can be found here.