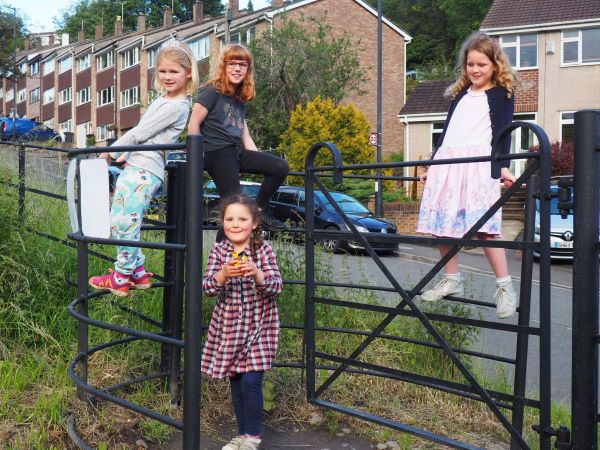 SHARING knowledge about Troopers Hill is one of the ways to ensure the site is recognised as a valuable local asset, increasing its protection for the future. In October Friends of Troopers Hill were delighted to welcome students of A-level geography from Bradley Stoke Community School and Abbeywood School. The Friends had been asked to explain what conservation management was carried out on Troopers Hill and why. Teachers then took the opportunity to show students how to carry out of practical survey work using quadrats and sweep nets. This school visit was an ideal time to point out the need for planning for the future on Troopers Hill Field. The track across the Field is lined by six ash trees, planted in 2011. These trees are doing well but there are concerns that the majority of ash trees in the UK will die due to the ash dieback fungus. A suggestion from a Bristol City Council tree officer is that four walnut trees could be planted between the ash trees to act as future replacements. This was discussed at the Friends of Troopers Hill October meeting and seen as good forward planning. The Friends hope the four plots will be offered for sponsorship. Sponsoring a tree can be a wonderful way to celebrate a significant event or remember a special person. Looking ahead to 2020, which seems very close, the Friends are putting together plans for a year of events including a celebration of the Protecting Nature project. This

event will include a formal signing of the conservation management plan for the next 10 years. Thanks to the National Lottery Heritage Fund, £12,000 of conservation work will have been completed over two winter seasons, new fencing and gates have been installed along Troopers Hill Road, new information signs erected at two entrances, access at entrances will have been improved, events held to improve knowledge of the site and an invertebrates survey carried out to give a snapshot of species to be found on Troopers Hill. 2020 will be the 25th anniversary of Troopers Hill being formally designated as a Local Nature Reserve. Troopers Hill Young Rangers are looking at creating an art competition and temporary art trail on Troopers Hill as part of celebrating this special anniversary. When confirmed, details of events planned for 2020 will

be published on the Friends of Troopers Hill website, Facebook and Twitter pages, via their free mailing list and in the St George & Redfield Voice. Dates are already set for next year’s 24 conservation work parties to continue the work to protect Troopers Hill Local Nature Reserve