Locking relatives out of Greenbank cemetery is 'inhumane', says widow 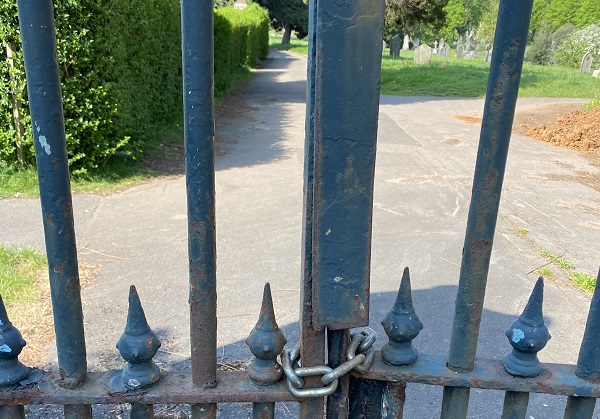 Julie Cook’s partner Clifford, 72, died of a stroke in October and was laid to rest at his mother’s grave in Greenbank cemetery following his funeral at Canford crematorium.

But the local authority has banned residents from graveyards other than for funerals and burials, partly for fear they will be used as places to exercise during the coronavirus lockdown, despite Communities Secretary Robert Jenrick insisting last weekend that they should remain open for people to lay flowers.

It means Julie, who lives in Pill and was married to Clifford for 30 years, is one of thousands who cannot visit loved ones’ final resting places in the city.

She has been backed by her MP, Liam Fox, and Westbury-on-Trym & Henleaze ward Conservative councillor Steve Smith.

Julie said: “What the council is doing is disgraceful and inhumane because the government guidelines say they should be open to people who want to go to graves, lay flowers and pay their respects.

“I am disabled and quite isolated, and visiting my husband’s grave to grieve and tend to it gives me some comfort.

“It is very distressing that I cannot do that.

“They’ve got giant padlocks on the gates at Greenbank cemetery but there are never that many people there anyway.

“If people are walking through cemeteries then they do still keep a distance.

“Surely they could open it maybe twice a week for a couple of hours and have someone there on the gate to supervise it if necessary.

“For the mayor (Marvin Rees) to say there will be people running around doing their daily exercise there is ridiculous.” 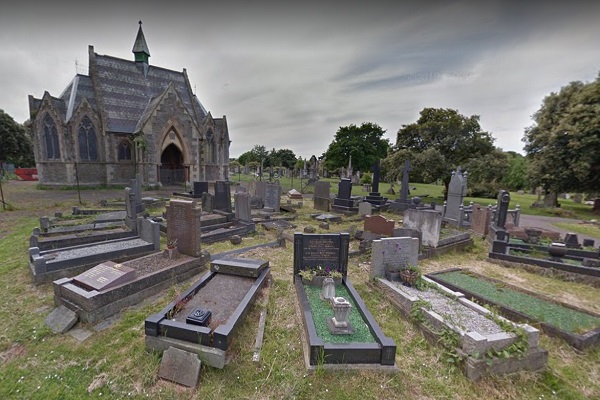 Greenbank Cemetery has been closed to everyone except funeralgoers and council staff.

Councillor Smith said: “The council has generally done a good job in its response to the coronavirus but it has made the wrong decision on this one.

“The council appears to be saying Robert Jenrick was speaking off the cuff at the daily press briefing last Saturday and that it is not part of the written guidance to local authorities, therefore they can ignore it.

“However, it was pretty clear what he was saying.”

Mr Jenrick said at the weekend that he had instructed local authorities to keep graveyards open during the COVID-19 pandemic.

The government minister said: “For clarity, funerals can go ahead with close family present.

“I’m also asking councils to keep open or indeed to reopen cemeteries and graveyards for people to make that private visit and seek solace at the grave of someone you’ve loved or to privately lay flowers.”

But the city council insists the Government’s instructions have not changed and that it is continuing to follow them by using cemeteries for their “primary purpose” of funerals and burials while keeping them closed to the wider public.

Gates are kept locked at most of these except when a funeral is taking place.

At Canford and South Bristol crematoriums, which have a large number of services, the gates remain open but only for funerals.

Posters are up at all of the sites telling residents about the closures and asking them to be considerate and not to enter the cemeteries.

He said: “I have been approached by a constituent who is very distressed at the closure of cemeteries in Bristol.

“Her husband died recently and she desperately wants to be able to visit his grave to get some comfort.”

Commenting after Mr Jenrick’s announcement, a council spokesperson said: “In line with government guidance, we are ensuring that crematoriums and cemeteries are used for their primary purpose, which is to hold funerals and burials.

“By keeping these closed to the wider public, bereaved families can safely grieve for loved ones without any further worry, and our staff can operate without increased risk of harm.

“We will keep this decision under review.

“Anyone wishing to exercise can use public parks and green spaces which are open.”

In a radio interview with the BBC on Monday, two days after Mr Jenrick’s comments, city mayor Marvin Rees said he was worried about reopening them because he said residents wanted to go there for their daily exercise.

He said the government guidance was aimed at allowing people to say their “final goodbye” to loved ones.

“That is certainly significantly different from cemeteries being open for exercise,” he said.

“If people are using cemeteries for exercise then they are taking away the ability and the opportunity for people to say those goodbyes, so we are going to have to work with government.”

He said he would be on a call with the leaders of the UK’s other core cities later that day “to talk about how we interpret what government is saying”.

“But statements made in Whitehall need to be made real in cities around the country and that is one of the conversations we are having to have with government,” the mayor said.

“If you are looking to support people who want to grieve for their loved ones and attend funerals, how do you do that if they are open for general exercise as well, which is what we are getting a number of comments on – that people want to go there for physical activity?”