Labour holds on to Bristol seats 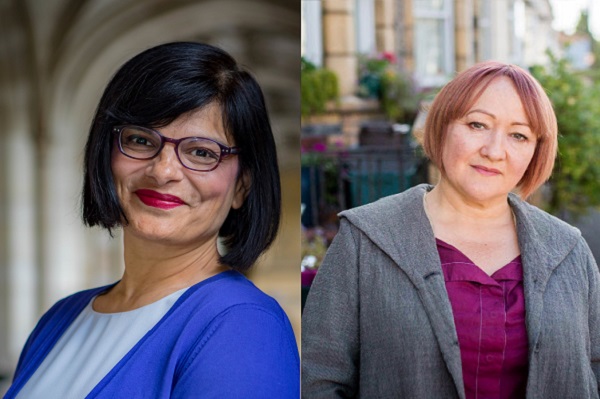 LABOUR'S Kerry McCarthy and Thangam Debbonaire have been re-elected as the MPs for Bristol East and Bristol West, with the city one of the few bright spots for the party at the general election.

All four Bristol seats remained in Labour hands after the vote, despite an electoral pact between the Greens and Liberal Democrats in Bristol West and Tory hopes that the party could regain the Bristol North West seat it lost in 2017.

In Bristol East, which includes the council wards of St George Central, St George West and St George Troopers Hill, Ms McCarthy (above, right), who has held the seat since 2005, saw her majority reduced by 2,600 but still received well over half of the votes cast on December 12.

Ms McCarthy said: "I would like to express my sincere thanks to everyone who voted for me to continue as the MP for this area. I really do appreciate it. It was a tough election in many ways but it was the support of people on the doorstep – and in the street, in the shops, everywhere I went – that kept us going.

"The national election result was of course hugely disappointing for Labour. We need to learn from this defeat. I will be part of that conversation, and I am keen to hear from you too. And of course, whether you voted Labour or not, I am here to help you with individual problems, to support the local community, and to speak up for you in Parliament."

Ms McCarthy's nearest challenger, Conservative Sarah Codling, said afterwards: "I’d like to offer my sincere gratitude to every single person in Bristol East who voted for me. It wasn’t to be and I congratulate Kerry on retaining the seat.

"The Prime Minister spoke from Downing Street about the need to heal and it is my abiding hope that we are now able to move on from pro Leave and pro Remain divisions, to become pro Bristol and pro Britain."

But her overall total of 47,028 was down by just 185 on two years previously and she still received almost two out of every three votes cast.

Ms Debbonaire (above, left) said: "Thank you so much to everyone in Bristol West who has put their trust in me to be your MP for the next 5 years. No matter who you voted for I promise to listen to you and represent your interests in Parliament.

"I also want to thank all of the volunteers who helped out with my campaign. From canvassing in the cold and dark, to data entry, to publicly endorsements, to door knocking in the rain on Election Day. I appreciate everything you have done and I won’t let you down."

After the Lib Dems stood down as part of the Unite to Remain electoral pact, the Greens saw their vote more than double, from 9,216 in 2017 to 18,809, pushing the Conservatives into third place. Green candidate Carla Denyer said: "Thank you so much to all 18,809 people who voted for me. I’m sad not to not win this time around, and the national picture is shocking.

"But don’t lose hope! Democracy is a process, not an event.

"Also, we really need to get rid of first past the post – we must Make Votes Matter!"

sgrvoice RT @AvonFireRescue: Today at midday, staff throughout the Service will pause to commemorate of the dedication, commitment and sacrifices of…
8 months, 2 weeks ago

sgrvoice Find out how you can help reduce air pollution- event at Summerhill schools this afternoon: https://t.co/fMiYGusUss https://t.co/1pSUobBjS0
10 months, 2 weeks ago