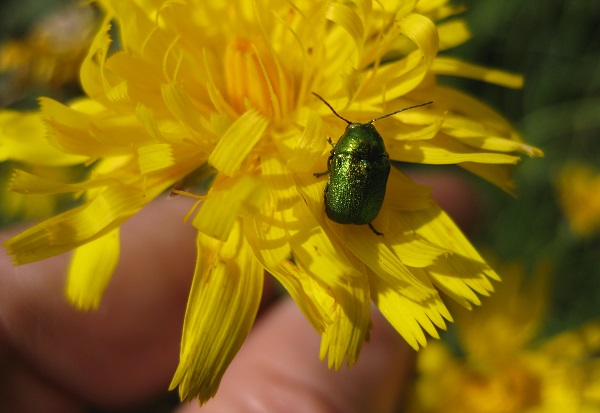 News from the Friends of Troopers Hill, by Susan Acton-Campbell

As they had promised, they revealed the results of the 2019 invertebrates survey carried out by entomologist David Gibbs. David recorded 321 species of invertebrates during his visit, ranging from moths to beetles. These included a number of rare species and was a good quality result for such a small area.

For some time the Friends of Troopers Hill have been proud to say that 78 species of bee have been recorded on Troopers Hill. Thanks to David’s research, this has now risen to 84 species.

There are over 270 species of bee in this country. Unlike the honey bee and bumblebees, the rest are solitary bees and are just male and female. They do not have queens, nor do they have hives. Solitary bees are far more efficient pollinators than honey bees and are responsible for most of our fruit tree pollination. 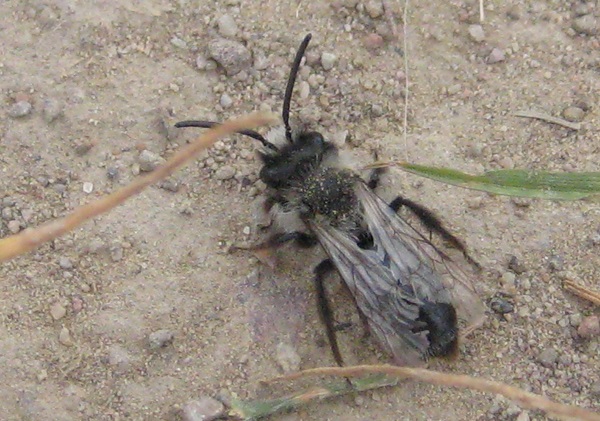 Troopers Hill provides an ideal habitat for many of these bees. Mining bees (above) need bare patches of soil to create nests to lay their eggs, and nearby flowers to gather pollen and nectar, for themselves and to leave with their eggs for when they hatch. Some bees behave like cuckoos, and lay their eggs in the mining bees’ nests. When their young hatch out they will kill the young of the mining bee and consume the food that she has left. Quite often only one species of cuckoo bee will prey on only one other species of solitary bees, so having found a cleptoparasite (cuckoo) bee in the past makes it quite likely its victim species will be found. This is exactly what happened. Five of the six newly recorded bee species, including the aptly named heather mining bee (Andrena fuscipes), have had their cleptoparasites recorded on site in earlier years.

Moving from below to high above the ground, there will be the opportunity to look at the stars and planets above Troopers Hill in February. The generous volunteers of the Bristol Astronomical Society (BAS) will once again be joining forces with Friends of Troopers Hill to provide a star gazing evening for 25 lucky people. Numbers are restricted to fit the number of telescopes BAS can support. The evening will start with an introduction, pointing out various constellations across the night sky, and then there will be the opportunity to look through the telescopes.

Friends of Troopers Hill are taking expressions of interest in the event via tinyurl.com/stargazing2020online. As in previous years, everyone who registers their interest will be emailed 24 hours before the date meteorologist Rod Davis declares as good enough for star gazing, and the first 25 people who respond will be given places.

Then, in March, we can look at our own planet. Geologist Dave Green will be leading a walk for Friends of Troopers Hill on Saturday March 8 at 10am. Places can be booked online via tinyurl.com/geology2020 to look at this Regionally Important Geological and Geomorphological Site (RIGS).