It can’t have escaped you that we have a General Election on Thursday 8 June.

The St George & Redfield Voice distribution area is spread across two Parliamentary constituencies; Bristol East and Bristol West.  The border between the two constituencies is Lyppiatt Road and Avonvale Road – those living the city centre side of the arbitrary Lyppiatt Road / Avonvale Road line are in Bristol West and the other side of the line are Bristol East.  If you’re not sure which Parliamentary constituency you’re in you can check on the Poll Card you will have received from the Returning Officer, or online at www.parliament.uk/about/how/elections-and-voting/constituencies

Polling Day is Thursday 8 June, and the Polling Stations will be open from 7.00am to 10.00pm.  Your Poll Card (the card delivered to your home address) specifies your Polling Station; you can check which Polling Station to vote at by visiting www.bristol.gov.uk/voting-elections/polling-stations or you can call 0117 922 3400.  You can take your Poll Card with you when you vote to make it easier and quicker for polling staff, but you’re not obliged to take it.   Local results are expected in the early hours of Friday 9 June.

We have contacted all the candidates that would like to be Member of Parliament for Bristol East or Bristol West.  Here is what they said ... 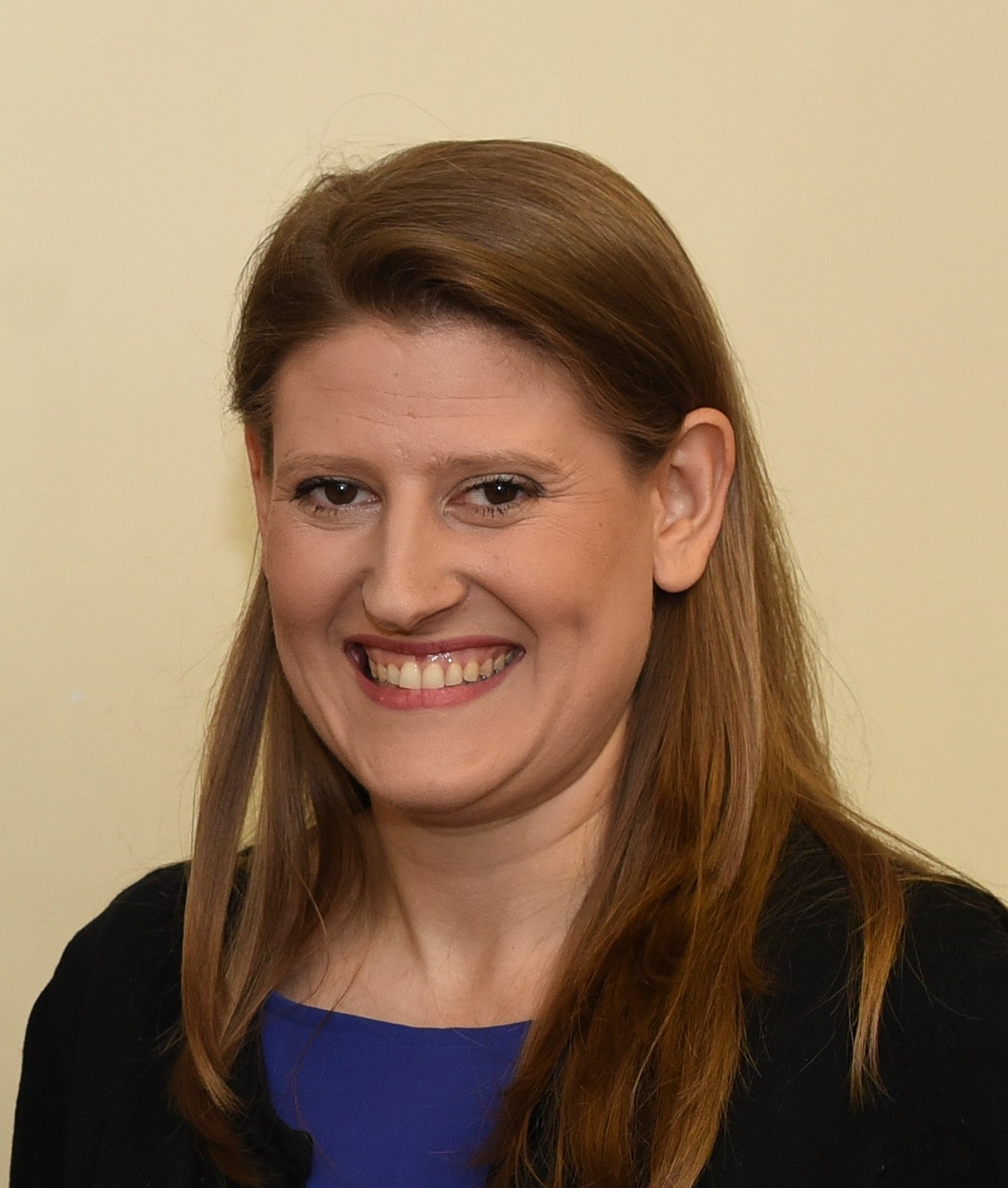 As a proud member of Theresa May’s team, I’m running to be your MP to be a strong voice for the St George and Redfield community in her Government- to deliver the best possible Brexit deal, to keep our economy strong and our country safe.

I’ve been knocking on doors in St George and I’ve spoken to a number of previously Labour supporters about the important choice at this election and I’ve been honoured that so many have agreed to lend me their vote this time, so that Theresa May stays as our Prime Minister. The impact of the upcoming Brexit negotiations will affect our country for years to come, your children and grand-children. With so much at stake, it is just not worth taking the risk of Jeremy Corbyn becoming Prime Minister, propped up by the SNP, Greens or Lib Dems.

Please lend me your vote to support Theresa May. 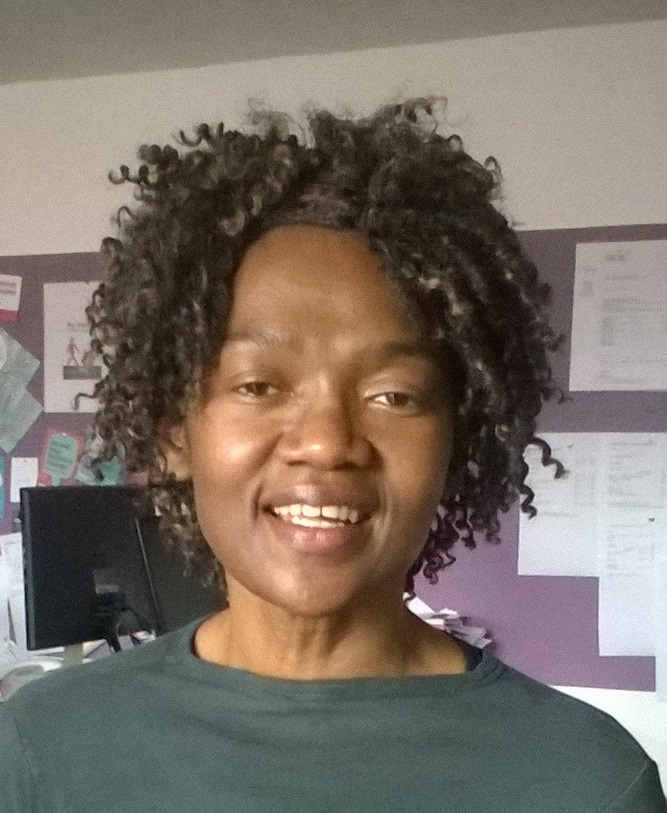 I am a strong believer in equality and fairness. I live in the city I love, but it’s also a city where evidence of inequality is everywhere. For years, under Labour and Tory-Lib Dem governments, that inequality has only got worse.

I think Bristol deserves better. People have the right to an education, a decent job that pays a living wage and housing they can afford, good public services and quality healthcare. People have a right to drink clean water and breathe clean air.

I am committed to green values and beliefs, and have a good understanding of policy matters. I would want to promote progressive legislation on mental health and wellbeing provision, work to close corporate tax loopholes and use the revenue generated to end austerity, and push for measures to improve air quality, particularly in urban areas such as east Bristol, through low emission zones. 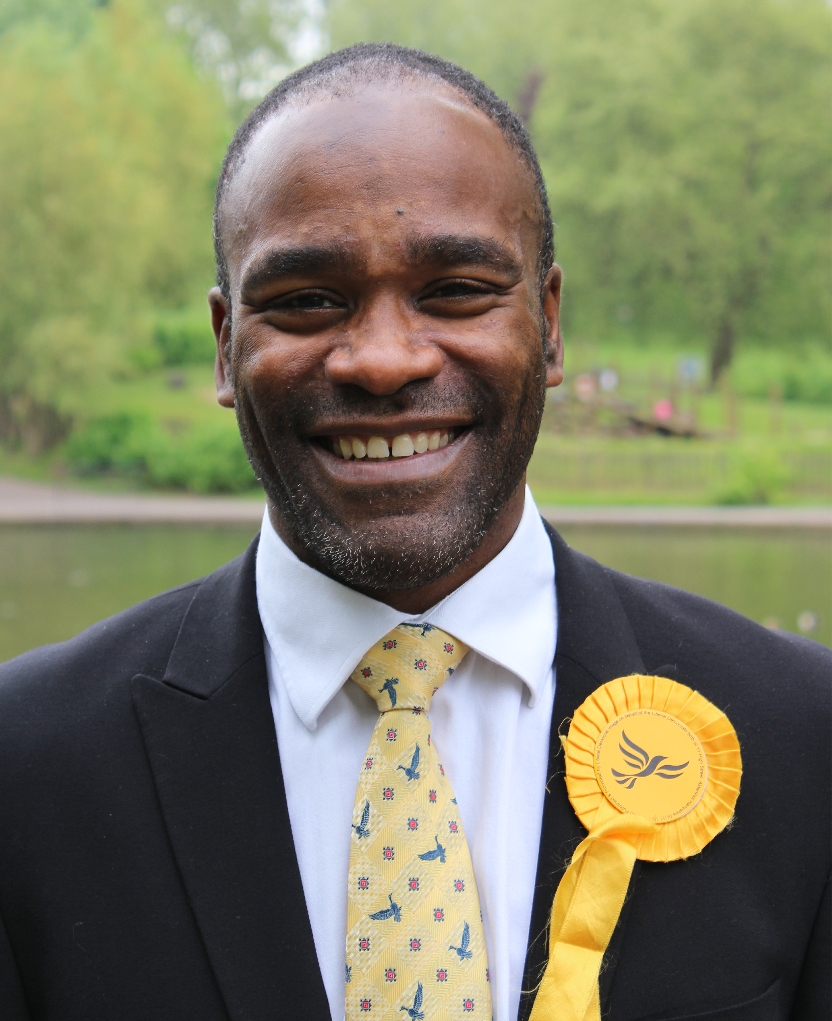 Over the next five years the communities of Bristol East will need particularly effective representation as the country faces up to the consequences of Brexit, so strongly opposed by the people of Bristol.

I believe that I can bring a wide range of experience to that task. Since leaving university I have been a local councillor, a teacher, set up my own business, worked for a non-profit organisation helping young people, and provided business advice and training to other companies. I also have a strong track record of experience in the growing social media sector.

A major challenge in the next Parliament will the protection of our public services in the face of public spending pressures, and I have worked with and learnt from senior politicians when pressurising central government on these issues.

I also believe that my business experience will help me play a role in attracting new much needed jobs and investment into the area. 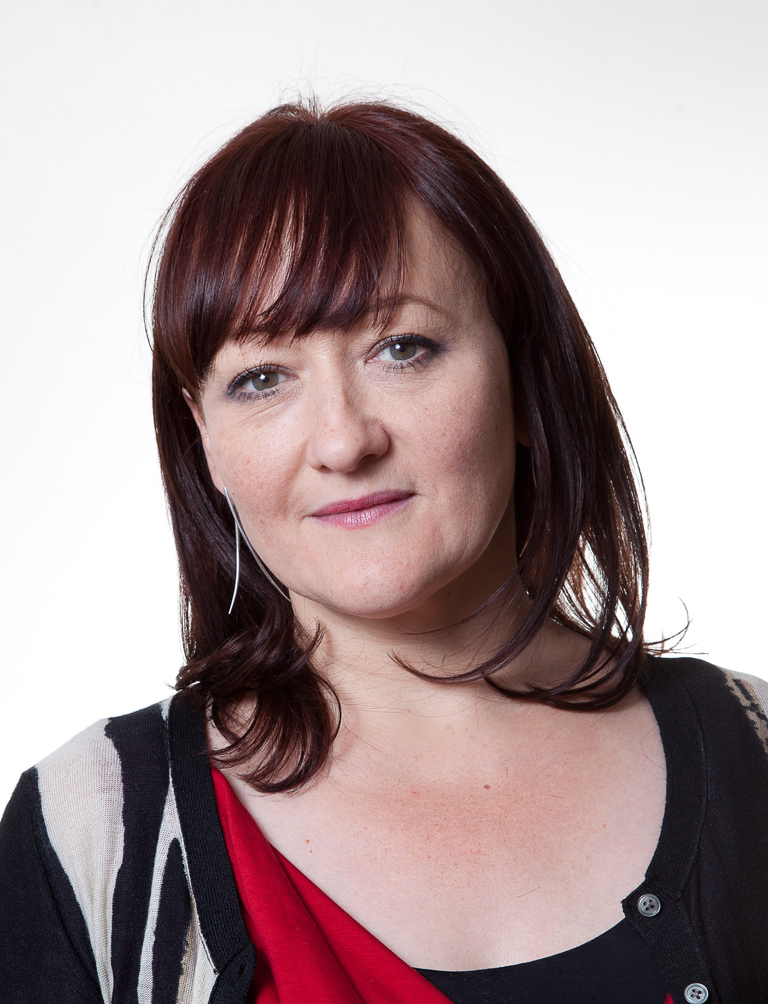 Bristol East needs someone in Parliament who will stand up for you. That’s what I’ve been doing as your MP for 12 years.

I grew up with five sisters, in a council house and then a house my Dad built for us. I went to comprehensive school, was the first in my family to go to university, and worked as a lawyer. I stood for Parliament because I wanted a fairer country, where everyone has the chance to succeed.

I’ve been working with Marvin Rees to resolve the housing crisis, improve public transport and congestion, and clean-up our neighbourhoods. In July we’re launching “Feeding Bristol” to combat food poverty. We want everyone to enjoy everything Bristol has to offer.

It’s been a privilege to represent you in Parliament, to help people and to support local campaigns. I’m asking for your vote so that I can carry on this work. 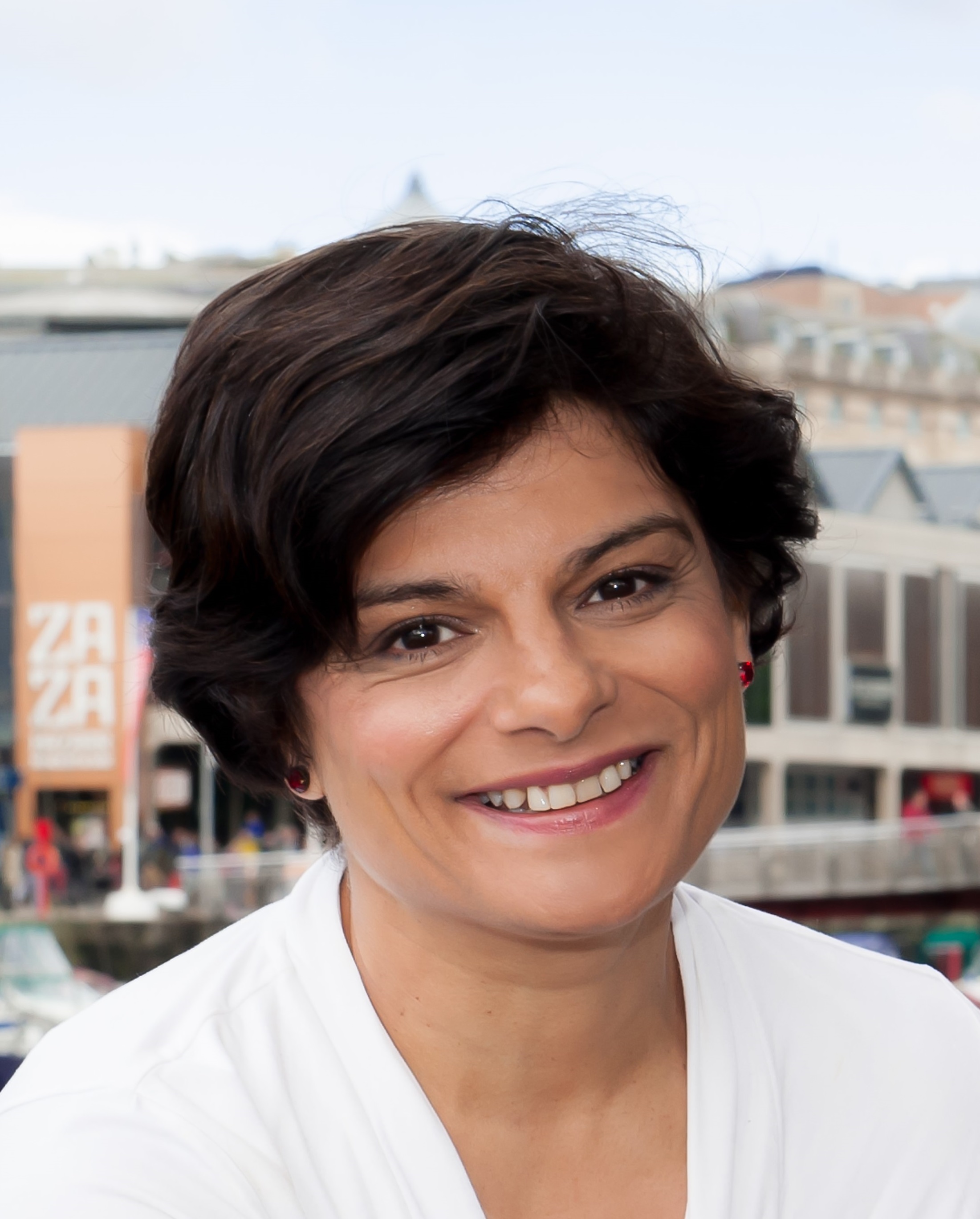 Most people in Bristol West share similar, progressive values. We believe in good schools for all, in halting climate change, in diversity and cooperation. We believe in affordable housing, in the NHS and in fair pay. These are Labour values too. And Labour’s bold election manifesto shows a fairer Britain is possible.

As your MP since May 2015, I’ve helped two thousand people with housing problems, money worries and much more. I’ve answered over 15,000 letters and emails. I’ve made progress on local and national issues such as a clean air zone for Bristol and banning letting agency fees.

I’ll continue to fight against cliff-edge Brexit. Whether you voted leave or remain, you didn’t vote to crash out of the EU with no deal on jobs, workers’ rights, or environmental protection.

If you re-elect me as your MP, I’ll continue to be the progressive, positive voice Bristol West needs. 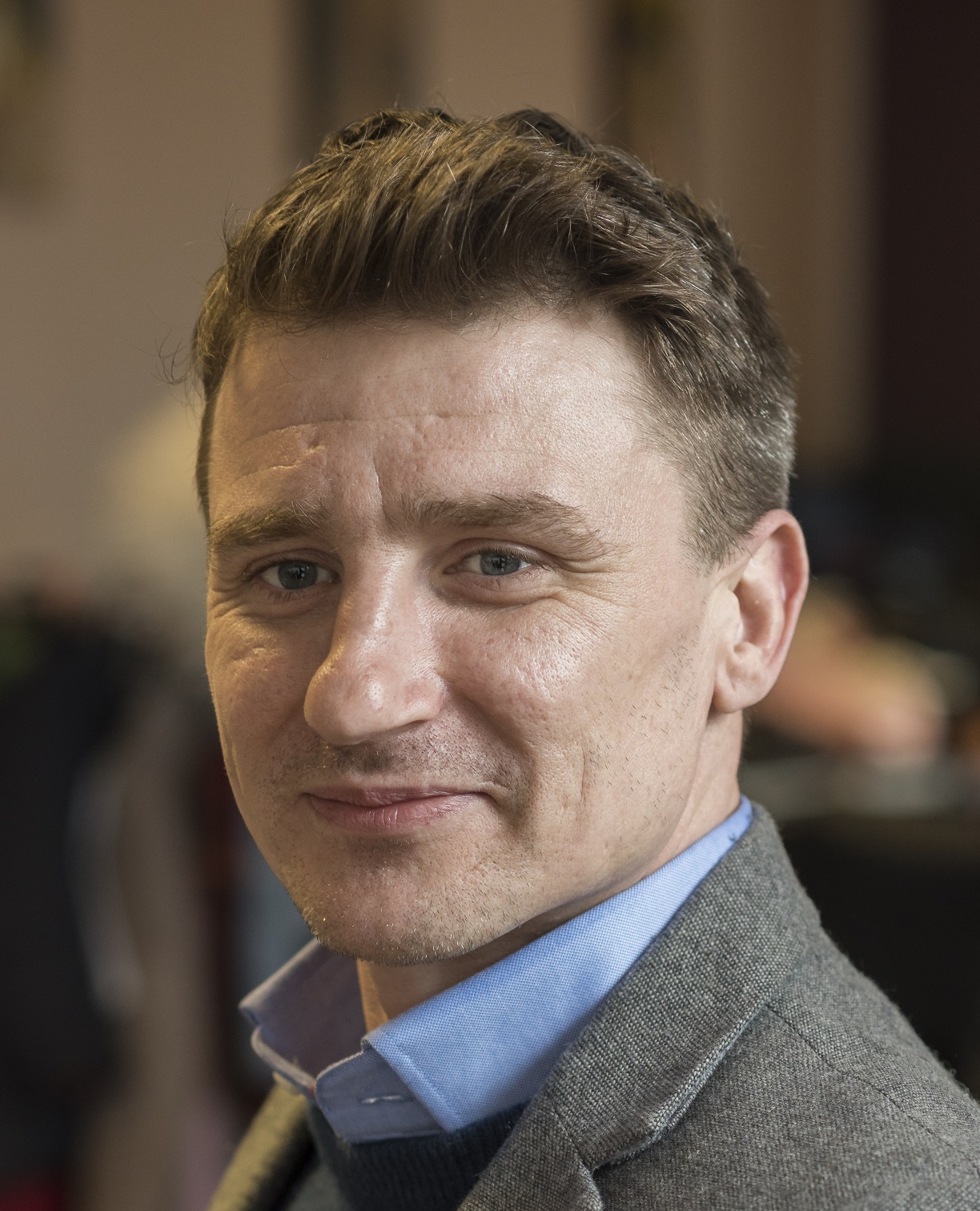 39 and a father of 3, Imogen, Alicia and Theodore. I manage a PAWS charity shop for a pets and wildlife santuary. I want to be elected MP for Bristol West because it is now clear that the present political system cannot be fixed. It is perfectly designed to benefit the few. We live in a world where 8 billionaires own the same wealth as the poorest 3.6 billion people, half the world's population! It is time for us to rewrite the social.

Whilst introducing a Resource Based Economy (www.thevenusproject.com) to the UK, Parliament and Bristol West. I aim to end homelessness and food banks replaced with community and self sustainability projects. Tackle education budget cuts and help make education and skills relevant to today’s challenges. Achieve renters rights, support the community of Bristol West and work for every one of my constituents to achieve justice. 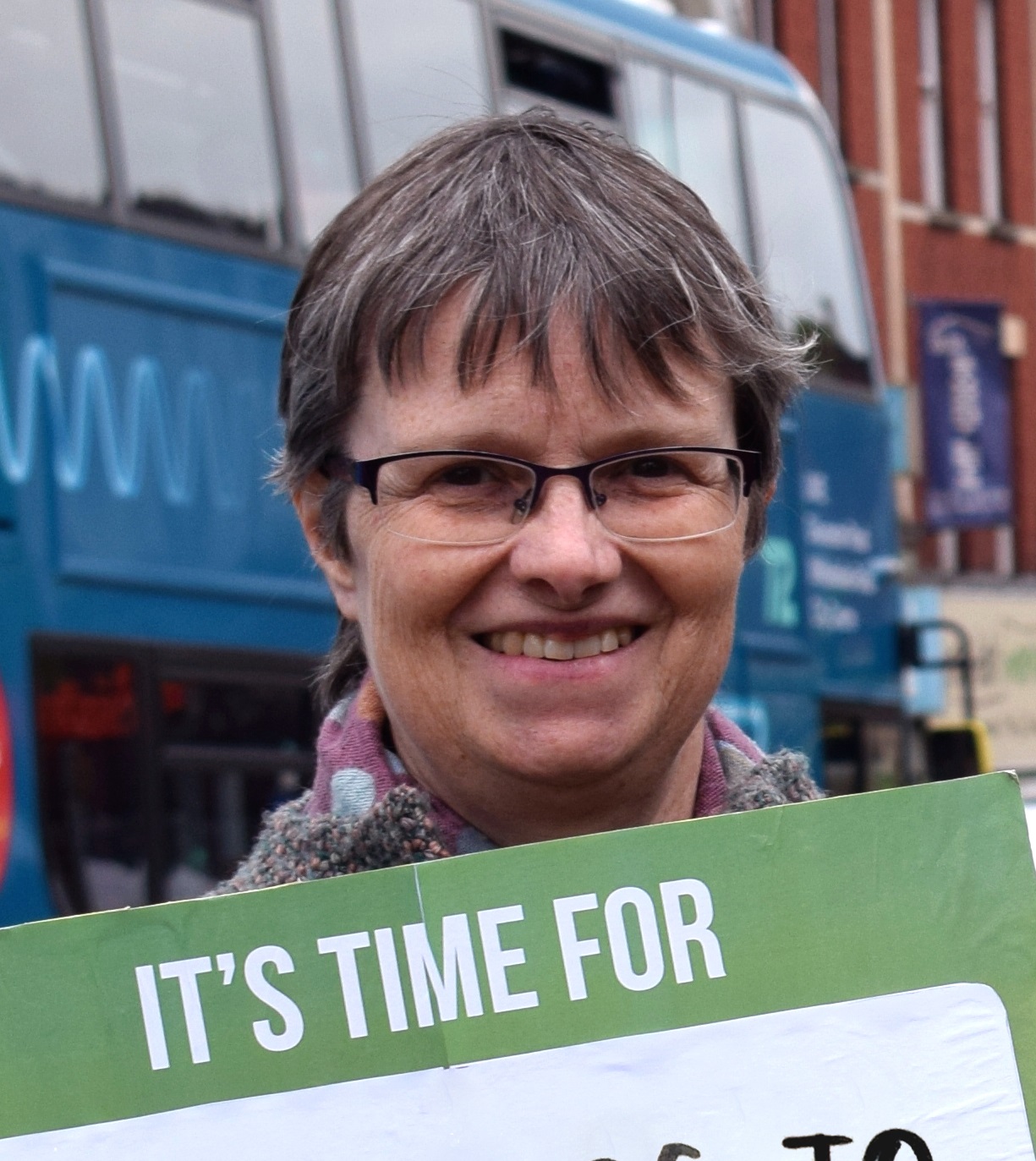 I’m Molly Scott Cato, standing for the Green Party to be your MP. I am currently your Member of the European Parliament. My strong track-record of effective action shows what you would get if you elect me as your MP. I've worked successfully to close tax loopholes, ensuring large corporations and the super-rich pay their fair share of taxes.

With other Green MEPs I blocked a dodgy trade deal called TTIP that would have put our NHS at huge risk. On your behalf, I also campaigned strongly to keep us in the EU. Your vote is powerful here in Bristol West - one of the very few places where it can affect real change. At the last election, Greens came second in Bristol West and this time it’s between Greens and Labour again. I'm asking you to be bold and vote for a strong, independent Green voice for Bristol. 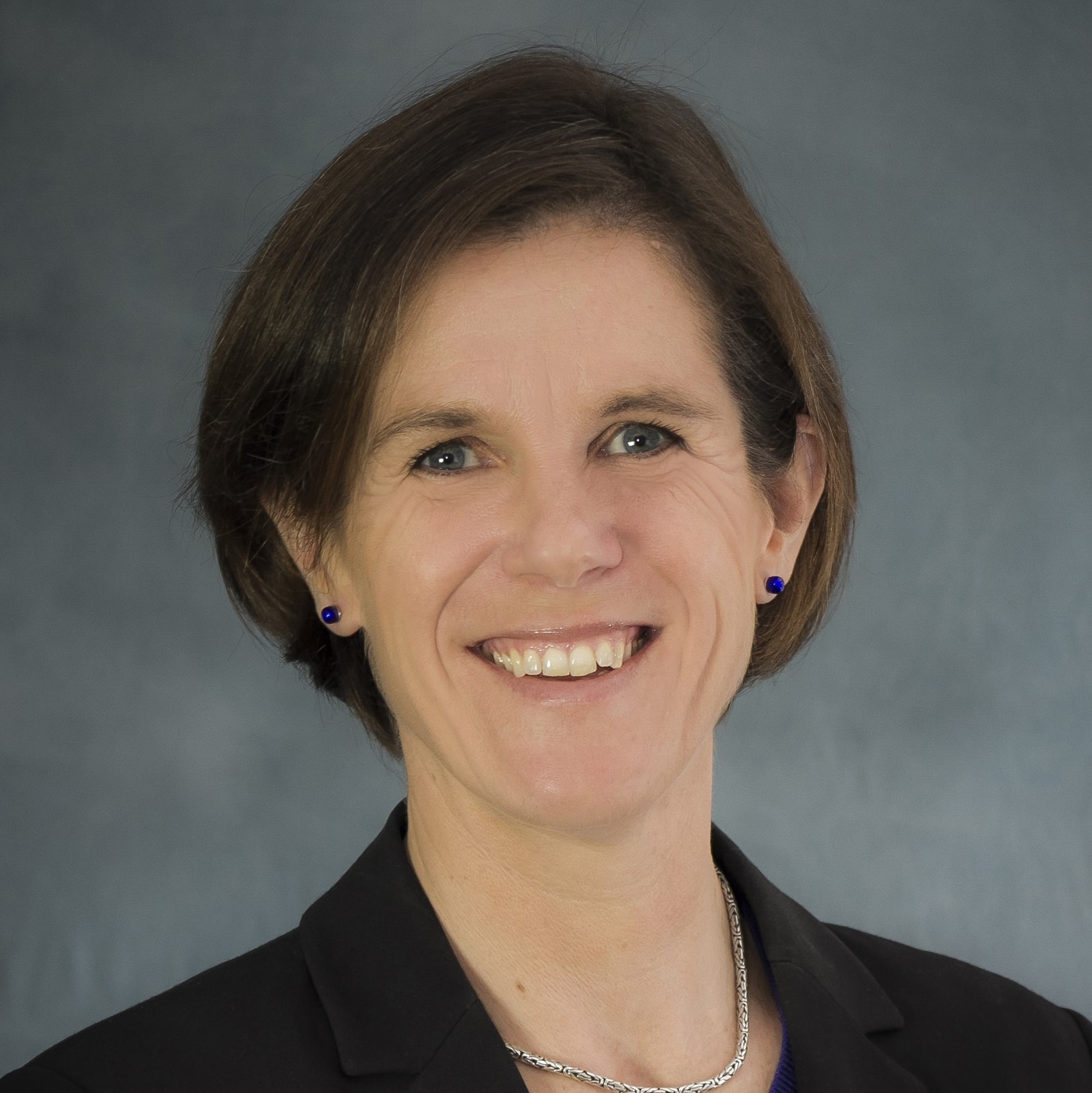 I’ve lived in the Bristol area with my three sons for nearly 20 years; two of my children were born at St Michael’s hospital. I have a particular interest in disability and have been actively involved in supporting disabled children and their families for many years.

We live in a wonderfully vibrant, diverse, energetic city. The Conservatives have announced a range of exciting new initiatives to address issues we are concerned about in Bristol including replacing the outdated 1983 Mental Health Act, an increase in funding for the NHS and mental health, additional affordable housing and changes to laws governing compulsory purchase orders.

I want Bristol West to have a hardworking, compassionate, Conservative MP who will strengthen Theresa May’s hand in the Brexit negotiations, protect the economy and who will work tirelessly to represent your interests in Parliament. 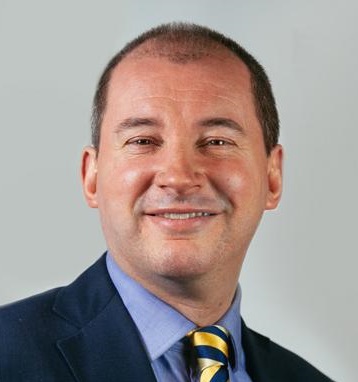 Stephen Williams was the MP for Bristol West from 2005 to 2015 and is the Liberal Democrat candidate.

This election will define our country. The Conservative government wants an extreme Brexit. If you want Britain to be an open, tolerant and united country then there must be a strong Liberal Democrat presence in Parliament. We want the public to have the final say on whether we break away from the EU or stay close to our neighbours.

Our NHS needs more money. Only the Lib Dems have the guts to say that all taxpayers should pay a little more, according to their means. We will put a penny on each rate of income tax, investing the £6billion raised in the NHS and care.

For the good of the country we need a liberal, united and constructive opposition. Bristol West needs its most experienced progressive voice as its MP.