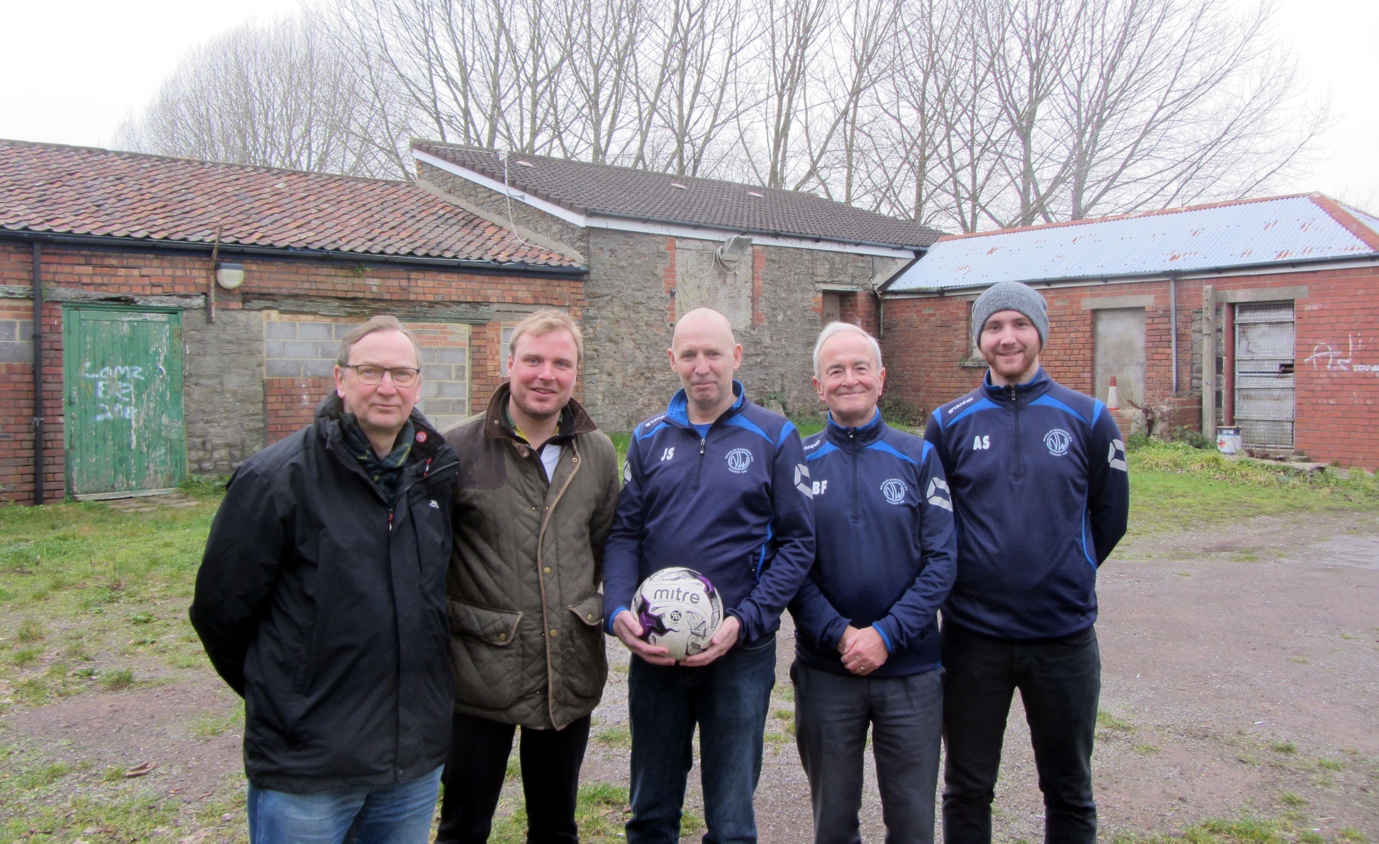 A football team who’ve been playing at Dundridge Park for 70 years have gained some new supporters in the shape of Bristol City councillors who are backing the club in its bid to renew its lease on the football pitches in the park.

“The club currently maintains the pitches in the park and they have fixed up the clubhouse in a make-do-and-mend way for decades now,” said Cllr Breckels.

“It’s time they got long-term backing and a secure future so they can bid for funding from the Football Association and other grant-making bodies.”

The Nicholas Wanderers club work closely with the Friends of Dundridge Park to keep the park a green oasis for everyone.

“Over the years we have won several League Titles and Cup Finals and we’re having a good season just now. But with time running out on our lease and licensing agreements we need to look to the future,” said club secretary Bob Fudge.

One ambition is to make the clubhouse more attractive for away team visitors. At the moment a number of buildings have been joined together with temporary brickwork and temporary roofing. Substantial work needs to be done.

“External funders backing sports initiatives need to know that the clubs they fund will be around for a long period to make the investment worthwhile; The Nicholas Wanderers team have a good and long track record,” said Cllr Dudd.

“They continually bring on the next generation of local footballers. It’s impressive and we value that at the council. Now we’re working on the detail of agreements which I hope will sustain them for the next 25 years.”

sgrvoice RT @AvonFireRescue: Today at midday, staff throughout the Service will pause to commemorate of the dedication, commitment and sacrifices of…
4 months, 3 weeks ago

sgrvoice Find out how you can help reduce air pollution- event at Summerhill schools this afternoon: https://t.co/fMiYGusUss https://t.co/1pSUobBjS0
6 months, 3 weeks ago

sgrvoice Lib Dem decision to stand aside in Bristol West means they will not attempt to retake seat they held until 2015… https://t.co/Y1IVPdMlSA
10 months, 3 weeks ago

sgrvoice First flats on top of council car park could be built by the end of the month: https://t.co/GQBpZy5ugA https://t.co/I1E6O1XKT7
11 months, 3 weeks ago