Cars towed away in crackdown on illegal parking by sales garages 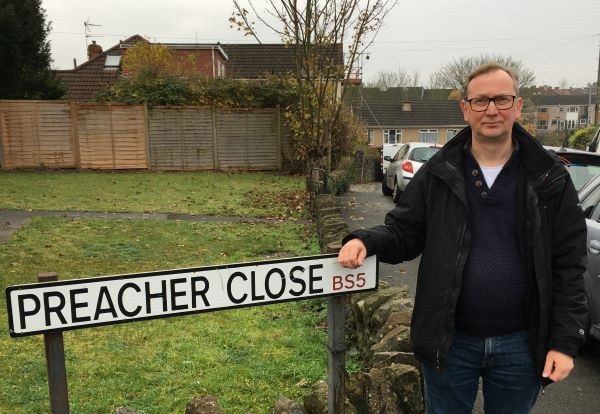 CAR sales garages in St George have been targeted during a day of action in a blitz against illegal parking.

It follows complaints from residents about garages in Bryant's Hill and Nag's Head Hill continually parking their vehicles on double yellow lines in nearby roads.

The recent raid saw civil enforcement officers from the council team up with police and representatives from NSL to wage war against those who flout the rules.

One clamper was left with an injured hand while he was carrying out his job when one dealer attempted to drive off.

The day of action follows a previous successful operation a year ago when five on-the-spot penalty charge notices of up to £260 were issued by the council.

Councillor Fabian Breckels, Labour and Co-operative councillor for St George Troopers Hill ward, said: “We have seen cars towed away that have been clogging up the streets of St George for months. These raids will now become more frequent, so the message to the car dealers is a simple one: become good neighbours or ship out.

“I would like to thank our parking enforcement teams, the police, and NSL, who are the contractors working with the DVLA, for working together to bring this raid about. It was a good result.

“These latest raids show that we are committed to tackling problem parking by some of Bristol’s dealers. Bristolians will, I am sure, join us in wishing a speedy recovery and return to work to the clamper who hurt his hand when one dealer tried to make a getaway mid-operation.” 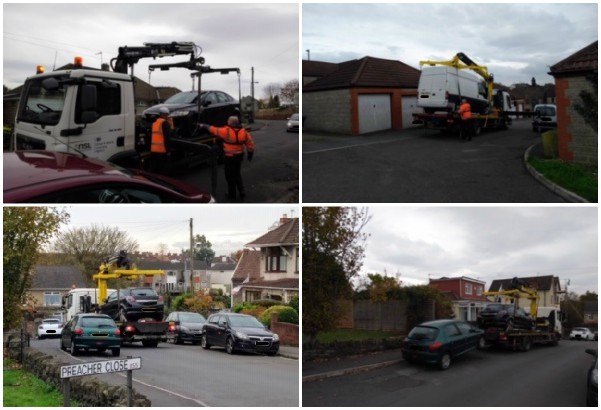 Vehicles are towed away by DVLA contractors

Previously, police, council and DVLA, who are all responsible for enforcement against different types of parking infringement, had not worked together in a coordinated way.

The DVLA are responsible for unlicensed vehicles, while the police and council have some powers to remove vehicles on the road which contravene a parking restriction, block the road, or have broken down.

“Removing vehicles that are not permitted to be on the highway will deter other anti-social behaviour such as vandalism and free up valuable parking spaces.

“We plan to keep working with city partners and other outside agencies to make sure these days of action can happen more often.”

Similar joint operations are planned across Bristol, after the success of the pilot raids in St George.