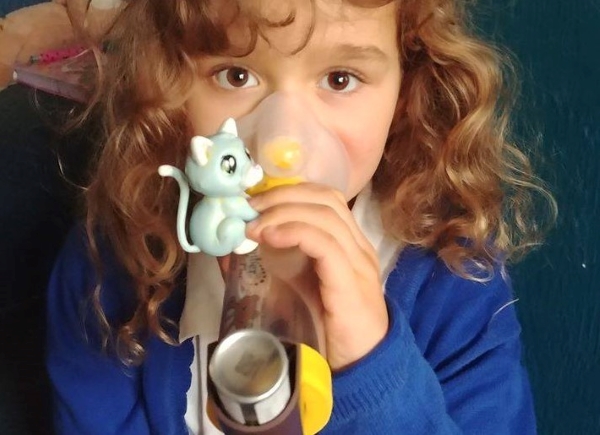 Roadside air pollution can also make asthmatic children more likely to cough and raise the risk of heart attack, stroke, heart disease, and lung cancer in all residents, according to a team who looked at the health of people living within 50 metres of a major road in nine UK cities.

Jo lives near the main A420 through St George and her daughter Flo, pictured above, who is seven, has severe asthma and has had to use an inhaler since she was two.

Jo said: "She has been hospitalised twice for breathing difficulties, plus several out of hours emergency appointments. I don't know if air pollution caused her asthma but it definitely makes it worse. We walk to school through toxic pollution."

Summerhill Infant School in Clouds Hill Road had the second-highest reading for toxic nitrogen dioxide when city schools were monitored in 2018 and Breathing Better has run a campaign to challenge drivers who park with their engine running around schools. 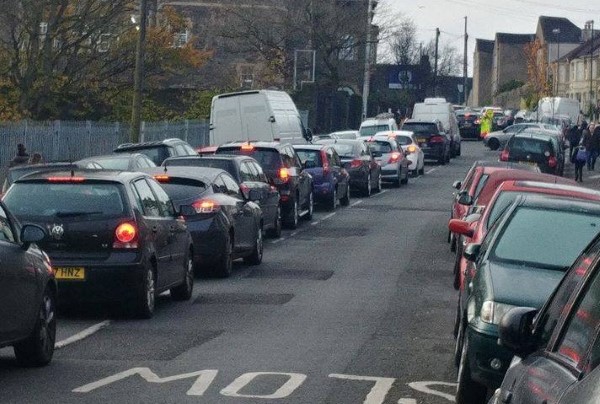 But Jo said the council have done nothing to improve the air quality outside the school and the "hot spot" of the A420 and Plummers Hill, seen above with queuing traffic during a typical school drop-off, needs action.

She said: "Church Road runs all the way through St George and yet none of it is included in the clean air zone; we know that the pollution levels breach legal limits and this is mostly due to traffic.

"East Bristol fails to be on the council’s radar for any strategies to reduce air pollution, so the mission of St George Breathing Better is to change that.

“That I live in a time where cars are more important than people breaks my heart. We need politicians to stop talking about this and take decisive action.”

The King’s College London research team found children living near busy roads in Bristol are predicted to have five per cent less lung growth than children living in quieter, less polluted streets and are 5 per cent more likely to to suffer from coughing. The likelihood of people developing coronary heart disease goes up by eight per cent.

King’s College London researchers also found that high levels of nitrogen dioxide and PM2.5 particulates contribute to up to 260 premature deaths each year in Bristol, with 47 to 61 of them in the east of the city.

Lawrence Hill had some of the highest levels of deprivation and air pollution in Bristol.

The government has ordered 24 local authorities, including Bristol, to reduce their nitrogen dioxide levels to within legal limits as quickly as possible.

Dr Rosa Roberts, a psychiatrist who works at the Bristol Royal Infirmary, said: “Bristol is a highly polluted city.

“In Bristol, our mayor and local councils are beginning to make some positive changes, such as banning diesel cars from the city centre.

“However to make a real difference and truly protect our futures, we need much bigger and more far-reaching actions right now.”

The government has ordered 24 local authorities, including Bristol, to reduce their nitrogen dioxide levels to within legal limits as quickly as possible and the council's diesel ban and clean air zone for the city centre has been backed by Ruth May, the NHS chief nursing offer for England.

She said: “Saving lives through reducing toxic fumes is everyone’s business and with people in major cities like Bristol at extra risk of killer conditions like cardiac arrest, stroke and asthma attack on days of high pollution, Bristol is right to take action."