'It was more than a pub': Anger at decision to turn Three Crowns into flats 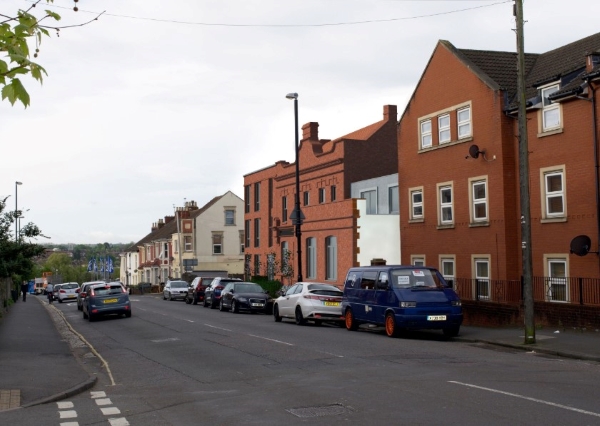 A DECISION to turn the historic Three Crowns pub in St George into flats was “a stitch up” according to the head of the campaign group fighting the plans.

Councillors voted in favour of the scheme to convert the hostelry in Blackswarth Road into nine flats with no car parking after a report by the planning department recommended approval.

Residents were hopeful of saving the pub after a successful bid by community group Save The Three Crowns to get the building designated as an Asset of Community Value, which can offer some protection against development.
But Bristol City Council's development control committee abided by officers’ recommendations and unanimously granted permission on September 25.

Following the meeting Anthony Hannan, chair of Save The Three Crowns, described the decision as a “fait accompli”.

“The 200 year history of the pub was over in less than 20 minutes. All 60 objections made by residents were dismissed. It's a stitch up. We feel the planning department didn't serve the interests of the community, just the interests of the developer. We just weren't listened to.

“The planning department was happy to talk at length to the developer about making changes to the plans to make it more acceptable but wouldn't interact with us. We're a community group with massive support who had a 1,275 signature petition against the pub closing. I also had a letter of support from MP Kerry McCarthy but that wasn't mentioned either.”

Mr Hannan said he did not blame the councillors for their decision to support the scheme, pictured in a computer simulation, above.

“People are very negative toward the council but not towards the councillors," he said.

“They were pushed to approve the plans. They were told the building was run down – it is run down but only because it had been run down after it was sold.

“The councillors weren't told why the pub closed down. It wasn't because it wasn't profitable, it was a successful business. It closed because the holding company went into liquidation and the liquidators wanted the pub sold. The decision was a fait accompli.

“It was more than a pub – it was a community asset. People used to pop in during the day for tea and coffee. For older people in the community, it was their only social life.

“The planning department should be there to help residents not the developer.”

There was also dismay at the report for failing to look into the full extent of the pub's history.

“It didn't mention that there are Georgian walls at the back of the pub which are very rare. You would think it was due diligence to find out the actual history of the pub rather than believe what the developers, who have a vested interest, say.”

Mr Hannan also threw scorn on the part of the report which told councillors there were six other pubs in the area and that parking wasn't an issue.

“Older residents and people with limited mobility don't want to go to busy Church Road and mingle with the young people in the pubs there.

“The report said that a survey had been done and there were no problems with parking around by the pub. That's ridiculous. Anyone who lives in that area of St George, in Grindell Road, Netham Road etc, will tell you there are massive parking problems there.”

London-based developer William Woodward changed the design to satisfy planning officers and will spend £40,000 on highway improvements in the area.

“They are going to pay for improvements in the area, like put in dropped kerbs, but it sounds like a bribe to me,” said Mr Hannan.

“It should be the council's obligation to do those things. For someone to say they'll do those things if you give us planning permission just doesn't sit well for me.”

Mr Hannan said he felt faith in the council was at a low.

“When we spoke to local people to drum up support for our campaign, a lot of people told us that they felt the council will just do what they want to do and won't listen to us. This decision has proved their point.

“For the sake of democracy, we should have been listened to.”