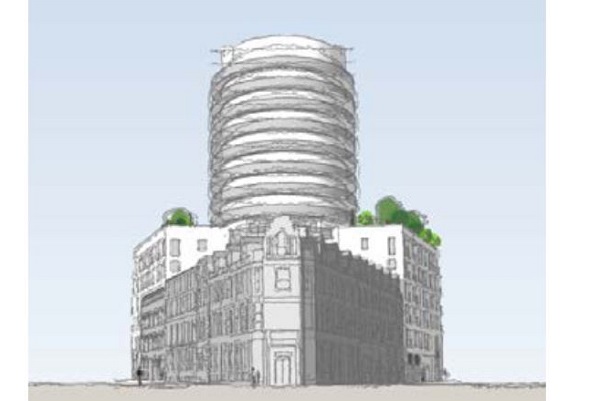 AMBITIOUS plans have been put forward to transform a site off Lawrence Hill roundabout known as Leisure Island.

Outline proposals have been submitted to the city council for a 15-storey tower block which, if approved, would be seen from as far afield as Trooper's Hill, Devon Road, Totterdown and Cabot Tower.

A total of 122 flats – 69 one-bed, 39 two-bed and 14 three-bed – are included in the scheme as well as commercial and retail space. There would be room for 260 cycles but no car parking spaces.

The development, above, would feature a single 15-storey tower with a six-storey block around the perimeter, with roof-top garden.

If approved much of the site, including the terraces and brick warehouse, would be retained and refurbished. A stone warehouse, home to LA Gym, would also be kept and revamped, providing the main entrance to the apartments. 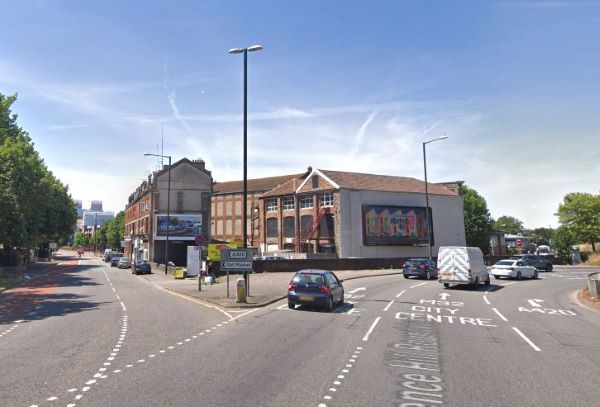 The development site as it appears now from Lawrence Hill roundabout

The car wash garage and a single storey extension would be demolished.

A report by Wotton Donoghue Architects on behalf of developer Ms L Brice states: “This proposal seeks to make full use of the site by retaining and refurbishing all of the existing buildings, continuing the development of the historic street frontages along Easton Road and Lawrence Hill, and creating a new frontage and public space onto the green roundabout.

“The intention is to provide a high quality contemporary new building on a key site at the edge of the Conservation Area. The pedestrian scaled perimeter development will include a mix of active commercial and retail based uses at ground floor, providing active frontages as well as amenities for the new residents. All the proposed residential accommodation will sit at first floor and above.

“It is intended that the most historically important building on the site, the retained Byzantine warehouse building, (the gym) on Easton Road would become a focal point for the development as the main pedestrian entrance to the residential apartments. It would also be adapted to provide a bike lift to the basement, for access to the proposed secure cycle stores. Approximately half of the existing ground floor of this building would be utilised for the apartments, and the rest would be retained as a gym, for use by new residents as well as the wider public.” 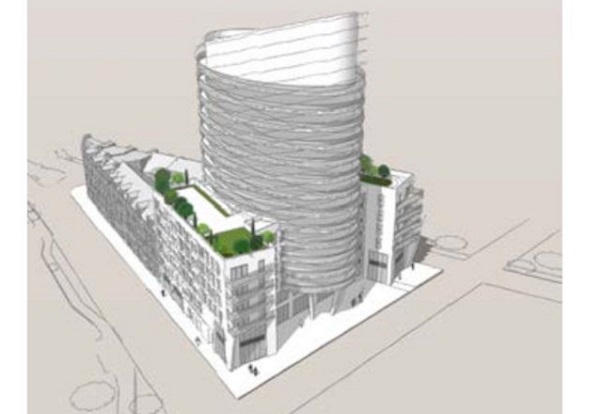 The plans have already met with some criticism. One resident has told the council she believed the development is ill-thought out.

She said: “The whole of Lawrence hill roundabout and subway need redevelopment, which needs to be a well thought out and cohesive plan, not just random developments which may not harmonise with developments in the future.”

Another objector said according to the developer's design and access statement there are 17 apartment that do not meet national minimum space standards.

They also had concerns that there had been no 'binding commitment' to delivering affording or social housing: “This development should not be approved without first having a specified commitment to affordable or social housing defined.” 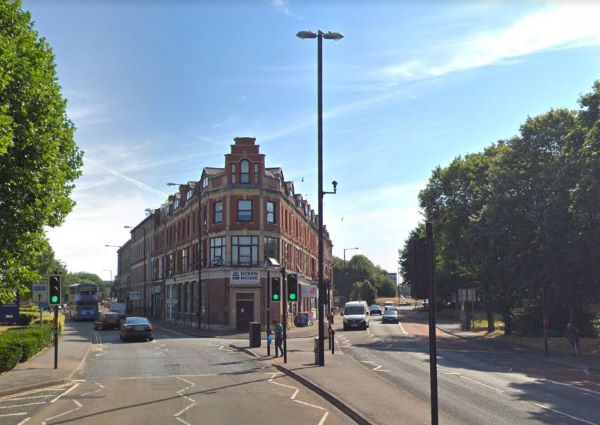 The development site as it looks now, when approached from the direction of Old Market and the Trinity Centre

Further concerns have been raised about the lack disabled parking spaces which would make the development only accessible to the able bodied, and the lack of space for loading bays for taxis and deliveries such as online shopping and groceries.

Objections have also been raised by Bristol Civic Society which says the site is unsuitable for a tall building and would be out of character in a conservation area.

More details can be found and comments made on the council's website.